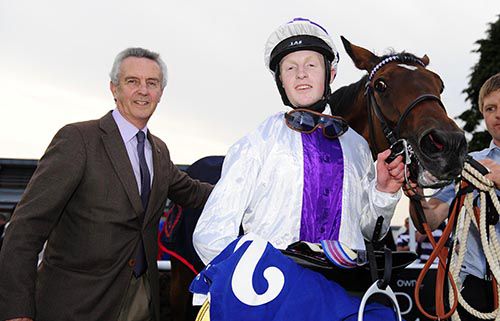 I know the horse from home. He is a big strong horse like Galileo. He wanted the trip. Aidan was right, he got it fairly easily. He said go forward with him. Thank God it worked out. He kept going for me and hit the line well.

He just idled, a furlong and a half out on his own.As he idled he went to hang right and when I gave him a tap he went to hang left. When Donagh O’Connor came to me on Indicative Vote he actually picked up the bridle again. He put his head down at the line and helped me out to get his nose up.

The Galileos are just so tough, he battled away.

I was a bit in shock when the result was announced. I wasn’t sure was I up or not until I came back and looked at the big screen and saw the camera on me. It is pretty unbelievable. I am just delighted. Everyone is sending me texts and ringing me. I am over the moon to be honest.

Hopefully I get a bit more attention from that winner. It is so hard, everyone has their own jockey and there are not many spare rides going. But if they come I will give it my all. Ruaidhri Tierney is my agent and at least he can say I can do the job now when given the chance and being a seven-pound claimer might help.

It said a lot that Aidan would put me up when I couldn’t use that claim. Obviously, a lot of the lads weren’t available but he could have gone with one of the senior pros. He has been very good to me. At the end of 2018, I was struggling a bit with my weight. I would be friendly with Seamie Heffernan and Wayne Lordan and they said there’d be a job for me there. I gave Aidan a ring and he said to come on down. It’s working out well. I get on with everyone there.

I have sat on most of the good colts. I ride out Sovereign there every day. He’s a smashing horse. He has done very well as a four-year-old. He didn’t get a lot of credit for winning the Irish Derby but we will see a different horse again this year.

I hate to say I’m used to riding such good horses now but when I started I was in pure awe at the time. It is still out of this world to be riding such horses in Ballydoyle.

My mother is American. I was born in California and I left there when I was two. Spent a few years in London then. Then moved to Youghal in Co Cork when I was five or six. That was it really. I got into ponies then when I was 10 or 11. I would know Davy Russell obviously to chat away and would have met his parents a few times around the town. His father would have been very friendly with my grandfather, who passed away a few years ago.

I got into Jim Bolger’s for a summer, then did my Leaving Cert and went back and signed on with Jim and spent four years there. I went to America then to Brendan Walsh and he was a great help. I learned a lot with him. I went out on my own for a while after that. Then I went up to John Haran in Chicago and rode most of his. I rode about 10 winners but the weights were very light so I went to England.

I was six or seven months with Mick Channon. I only had two winners there though I got on well with everyone. But I just didn’t like the driving. Everything got to me. I went one day from Channon’s to Thirsk, a four-hour drive, to ride one. I was about to weigh out and they called off the race. I went from there down to Nottingham to ride in the last of an evening meet, then home. I was nine hours on the road for one ride. After that I just said, no, its not worth it. 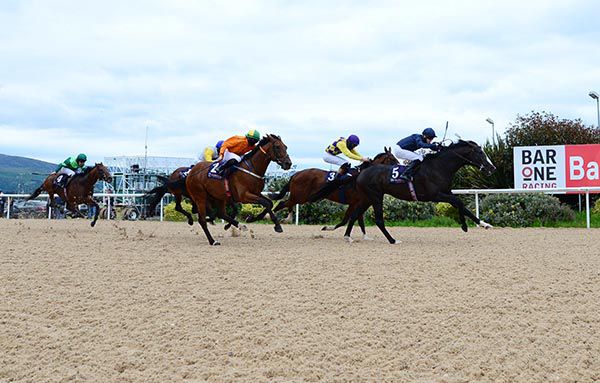 It is always interesting to see the horses compete in the big races, even if I am not riding in them myself. I don’t actually do the fillies so I don’t know a lot about the four representatives in the Juddmonte Irish Oaks that people don’t know already.

Ennistymon is obviously going into it off a very good effort to be second in Epsom and has come out of that race well. Snow is two out of three and won a Group 3 at Cork at the beginning of the month. Laburnum didn’t run at two and after winning her maiden last month, ran very well just beaten a neck by Even So at Naas. And Passion was third in the Ribblesdale at Royal Ascot, in which Ennistymon was second, and fifth in the Epsom Oaks.

We all know that whatever Aidan runs has a chance in this Group one races and you rule any of them out at your peril. We have seen it this year but it has been the same for a long time. It’s a good race though, full of quality, and while I won’t be taking part myself, I’ll be looking forward to it.