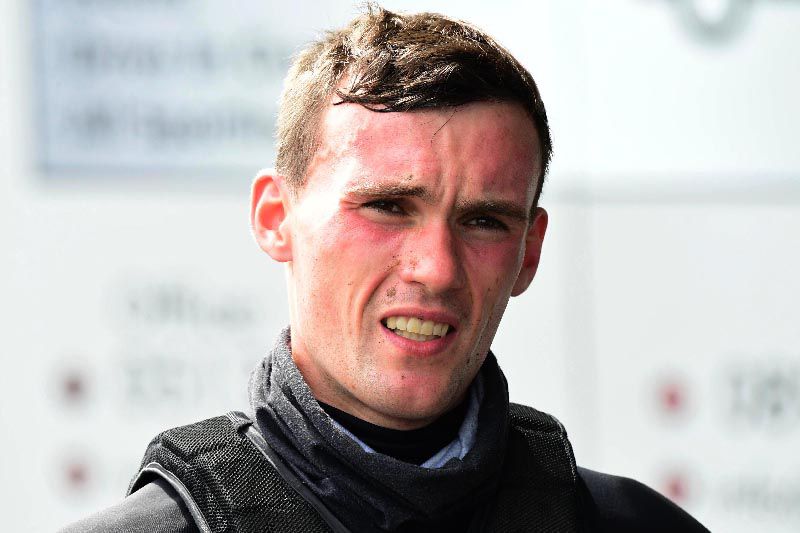 When you start riding a few winners, you start to get a bit of confidence and start riding better. That brings more opportunities and the confidence gets higher again. It’s a good cycle to be on at the moment.

I am 24 now, so I am around a while and know enough not to be getting carried away. I know all about the hard graft that comes with this game. You appreciate it more when things go well later on because you know what the other side is.

I never sat on a horse until I was 15. My uncle Mervyn, who is a trainer, taught me to ride. Shortly after that my father Derek passed away. The interest in racing had come from him. He loved it.

Mervyn organised for me to move down to the Curragh from Castlederg, the village just outside Omagh where I am from originally. There was only so much I could do there and if I wanted to be a jockey, he thought moving to the horse centre of the world would help me. It would also help to clear my head as well.

I started on the flat with Johnny Murtagh. That was never going to be my future but it was a good experience. I went to Germany for a summer before I came back to Tony Martin’s. I had a licence all that time but was struggling for rides. It was really frustrating, as lads I knew were getting plenty rides and I was at home watching on TV.

There were times when I thought I might be better off going back to school but I hate giving up. So I kept my head down, kept motoring at it and the last couple of years things have really started to pick up. 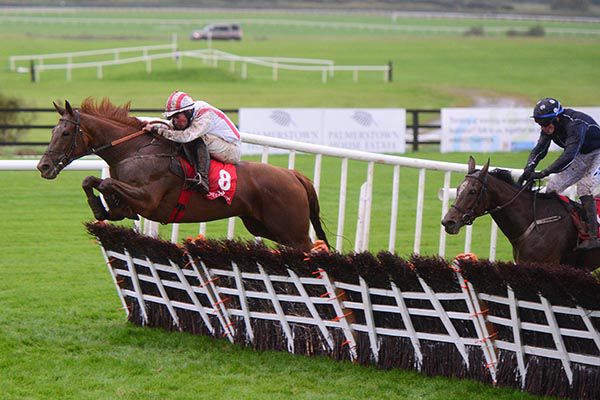 I moved back to the Curragh, to Aidan Howard’s about four years ago and only rode my first winner on the track, at Down Royal, on Rossmore’s Pride for Christian Delcros in March 2018. I rode three winners the following season, then things really got going last year with 12 and I was on 19 before racing at Down Royal (on Friday). I am also closing in on 200 rides already, which is the most I’ve ever had.

A lot of that is down to Aidan letting me ride and school for so many people. Being on the Curragh is very handy that way. My agent Garry Cribbin has been a massive help that way too. I’d often be sitting at home of an evening when he’d sent me a text, ‘Meet such-and-such at 12 o’clock tomorrow.’ And that’s what you have to do and we’re building contacts all the time.

I have been very lucky to ride a number of winners for JP McManus. Aidan has a couple in the yard for him and it took off from there. They’ve been very good to me. When you start riding for the likes of those big owners, other trainers take notice as well.

Winning a nice handicap hurdle at Galway on Nibblers Charm for Ray Hackett was great and I also won on Guinevere that week for Ray Cody. The highlight so far was winning the Grade B Ladbrokes Handicap Hurdle at Listowel on Drop The Anchor in the McManus colours for Pat Fahy, getting up by a short head from Paul Townend on the Willie Mullins-trained favourite Getaway Gorgeous. That completed a double on the day and I came away from the Harvest Festival with three winners.

To ride any sort of winner is great, but I won’t forget the Ladbrokes race for a long time. Galway was great too as I used to go every year with my father. With there being no crowds took the shine off it a little bit but it was still great.

And then to go to Listowel and win the big handicap hurdle. I had won on the flat there last year for Aidan, so I definitely have a soft spot for the place. To ride three this year, and then the big one for JP, was incredible.

A lot of other trainers have given me good rides. John McConnell is one who has been very good to me. Dot Love is another but there are a lot. As of now, I have ridden winners for 13 trainers and I will keep doing my best for them.

I won’t be setting any targets. I have 15 winners left on my five-pound claim and people talk about the conditional championship but as I have said already, I know the other side and I’m not going to get caught up in looking ahead. I’m happy the way things are going at the minute and will keep working hard, hopefully getting plenty rides from plenty different trainers. If that continues, I’ll be happy enough. It took me a while to get going so I’m not going to be getting ahead of myself.

Obviously, you’d love to be a champion jockey at some point or ride the winner of the Grand National, but being realistic, at the moment it’s about keeping fit and well and keeping the ball rolling for as long as possible.