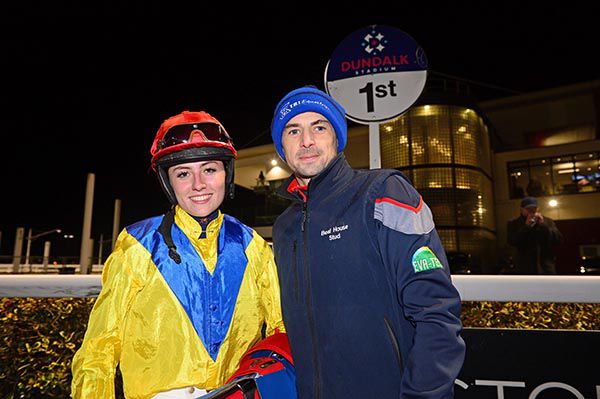 It is surreal driving on the roads with so little traffic but it is some relief to be able to leave the house. It is very difficult for people that can’t.

It was surreal too being with Geological in Dubai and to get to ride in two races at Meydan was incredible.

Geological means a lot to me, having given me my first winner in what was his 100th run. I will forever be thankful to Damian English for giving me the opportunity, first to ride him, and then to go with him for three months to Dubai to look after him there and ride in the races. Damian showed a lot of faith in me.

Jack wasn’t in the position to give me a lot of rides. Generally, most of his owners wanted more established jockeys for their horses, so I was lucky Damian wanted to claim off Geological. He had seen me ride and gave me the chance. That was in Dundalk over five furlongs and it was a bit sharp for him. He asked me to ride him in a bid of work after that and legged me up again the next time at Dundalk, this time over seven furlongs. It was a special occasion, everyone knew it was his 100th run, and for it to provide me with my first winner was unbelievable. We led most of the way.

Among the many texts I got was one from Pat Smullen, who has always been very good with advice and encouragement. That meant so much. Pat obviously knows Dad through Moyglare and actually rode Geological once at the Curragh three years ago.

We went on to make it a three-in-a-row together, returning to win over six and seven furlongs on the all-weather.

I adore Geological. The minute I sat up on him that first time in Dundalk, I knew he was a little legend. He just hacked away down to the start, he walked into the stalls by himself, hopped out and off he went. He obviously likes girls. He gave Michelle Hamilton her first winner four years ago, so he's a real ladies’ man.

My parents have a long background in racing. My dad John rode when he was younger and works in Moyglare Stud where he breaks the yearlings. My mam Sandra rode as well before she met Dad and they went to America for a good few years, running a yard breaking yearlings.

We have always had horses at home as well and had some good success breeding from Fully Fashioned, until she died a couple of years ago. Her first foal, Invincible Ash was a good sprinter in training with Mick Halford who won nine times and was placed 13 times.

Dad and Mam taught me to ride on a pony at home but I wasn’t very confident. I was quite nervous. I did a bit of showjumping, but not much. I learned so much riding out at John Geoghegan’s though. He let me ride one of his good horses, Monteriggioni, who had won some big handicaps for him and that gave me more confidence. Then my auntie’s partner got me into Keith Clarke’s. That was when I was sure I wanted to be a jockey.

I was there three years and had my apprentice licence with him. I did my Leaving Cert and last year I moved to Jack Davison and am now apprenticed to him.

My Dad would go through every race with me and he always gives me very good advice. 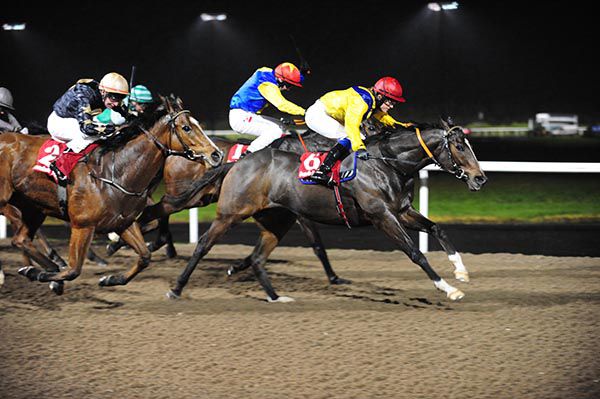 My sister Jessica is riding too. She’s older than me but she started after me and she’s only about six and a half stone! She rides out at John Geoghegan’s and hopefully she will get opportunities too as she’s a good rider and just needs more horses to ride to improve.

Every rider needs that and I have gotten better for riding more but there is obviously more improvement to come. I was 20 in January and I learned a lot in Dubai.

I thought when Damian asked me to go to Dubai, it was just to be with Geological. I couldn’t believe he also wanted me to ride him. Fair play to him. You were riding out each day with James Doyle, Danny Tudhope, Ronan Whelan, Tadhg O’Shea and all the international jockeys. I sat on a few for David Marnane and David O’Meara. I rode a bit of work on Simsir for Mick Halford and he won after at the Carnival.

So, I think my riding improved from day to day by looking at the people around me. I have a lot to improve but I think my seat is better so it was very good to spend that time there.

I feel I’m getting stronger and I hope that when we get going again that I can get some more rides for different trainers to continue the progress.

I think the girls have proven they can do it, that we are as good as the lads. There are a lot of us riding now. I want people to look at me and not say she looks like a girl in the saddle and I will keep working to get there.

It is hard because there isn’t as much racing here and I have thought about going to England, where Cathy Gannon and Sammy Jo Bell did so well and where girls in general are getting on better than in Ireland because there is so much more racing. But I would prefer to stay here if I can, where my agent Ruaidhri Tierney will be working hard for me.

I will keep working hard myself and just make sure I’m ready when the time comes for racing to resume.