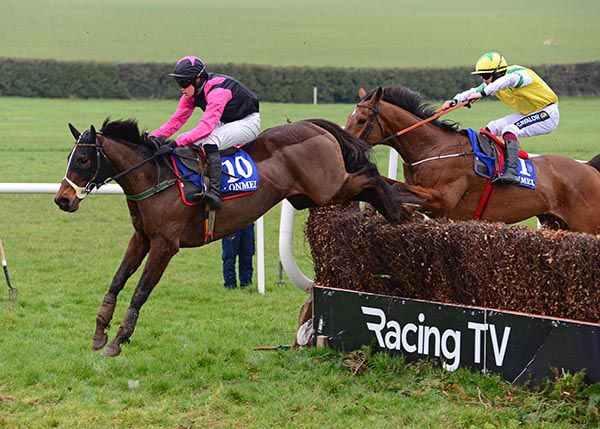 The thing is, he hasn’t a lot of mileage on the clock and has had a variety of little niggles but he was always a horse that had shown a bit of ability at home. That we owned him ourselves — my father, also William, owns and trains in Doneraile — meant we could be patient. You couldn’t be asking an outside owner to keep paying training fees for long periods without a day out. But we knew there would be a few days in him if we could just get him right.

So, it was great that it all paid off at Clonmel yesterday (Thursday) and for me to ride him makes it extra special for us all as well.

I have ridden him in all his races. He was nine turning ten by the time he got off the mark, in a novice handicap hurdle at Cork at the end of 2019, but that was only his eighth race and off a 20-month break. He followed up at the same venue 12 months ago and he is now three for 13.

It was great how well he took to fences. He’s very natural. We did school him obviously but we didn’t do a lot because you are always minding him a bit with all the issues he’s had. So it was great that he enjoyed it so much. He was professional and good and even down to the last in front, he was good. You couldn’t fault him.

The race went pretty much to plan, apart from when the horse fell in front of him at the third last. Luckily, he just fell to the left and Southerner was able to move around him to the right. We were also lucky in that they hadn’t really started racing at that stage. We were going steady enough as is typical in a beginners’ and the ground was deep too. So while it looked bad, it didn’t cost him much momentum. I was able to get back up to leaders without using up any energy and he did it well from there. That style of racing suits him. He loves to have something to aim at, he loves passing horses.

One person who has played a key role in getting him right is the horse physio, Michelle Stack. She has done a lot of work with him and deserves a huge amount of credit. She does an awful lot to keep him right. 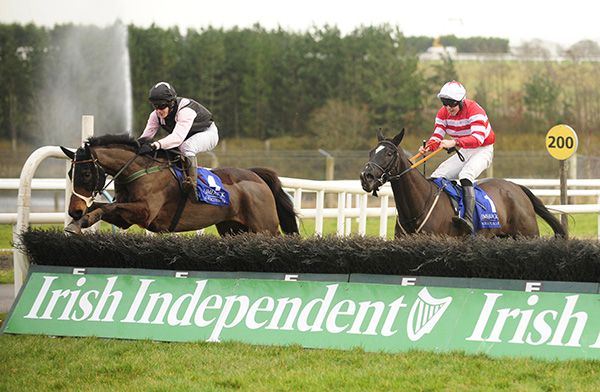 We have no plans mapped out for him. We’ll see what the handicapper might do — it wasn’t a great race so you couldn’t be too hard. I had been very hopeful beforehand. There is also the option to go back hurdling again. He’s not finished there I’d say. You’d like to think there might be another day in him somewhere anyway. He won’t run on good ground obviously, but nice safe ground will be fine and while he’s well, we’ll keep him going as you’re making up for lost time.

But I got a massive kick out of it. He only cost eight hundred quid as a three-year-old in the August Sales at Tatts. We’ve had to be very patient as I said and it was lovely to see that paying off.

Dad used to ride a bit for Mick Neville and rode winners for him. Even then, he was always tipping around with a few horses of his own and we’ve always had them here. It’s grand to have the few and do them ourselves. It’s a great hobby and to have a day like we had at Clonmel makes it worth it.

We have three riding out at the moment, so it’s a very tidy operation. He’d be the main one. The other two will be out in the next three-to-six months I’d say. We don’t do the points. We can’t afford to buy the horses for that to sell, so when you’re buying a horse to race for yourself, you’re better off to go to the track for the prizemoney. He picked up six grand in Clonmel and he’d only pick up five hundred in the point-to-points.

I work full-time for John Joe Walsh every morning and do our own few at home in the afternoon. I also give Brian O’Keeffe a hand as well so we’re busy but I enjoy it.