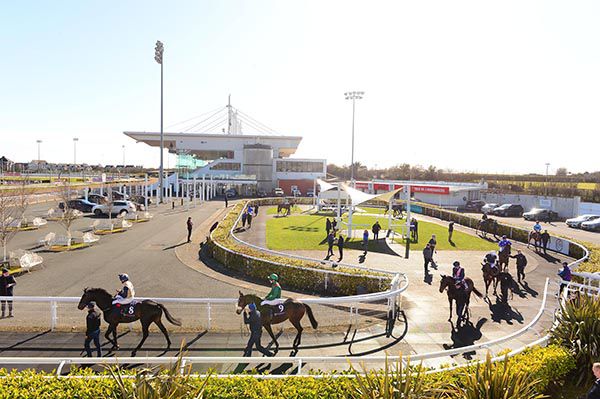 Examining the weekend fixtures at Thurles and Downpatrick in terms of winning and losing felt vulgar. Racing correctly argues that it is an industry as well as a sport. It's an entertainment industry. Officials making predictions of tens of thousands of deaths in Ireland due to the Covid-19 pandemic makes entertainment irrelevant right now. Trying to apply a veneer of normality to such abnormal times is tasteless.

Failure to appreciate the scale of public fear about such an existential crisis hasn't been confined to racing. The gambling industry has also struck a supremely cynical bum-note. Before the decision to close shops in Britain was made it acclaimed the weekend's action as an oasis in a desert of no other major sport taking place anywhere in Europe. The argument was livelihoods have to be maintained. The obvious response is only after lives are.

Technically racing has covered itself. Government has given it a green light to keep going. Cheltenham hid under the same excuse to skip doing the right thing in favour of what was expedient. Irish racing got caught in the blow-back of that decision although effectively it was a cop-out by those in charge in Britain. But this call is Irish racing's to own all by itself.

It's only a matter of time before the sport grinds to a halt. But the decision to keep going is already made, the signal it provides to a wider public predisposed to believing the worst of a sector on the reputational skids already noted. Just because one can do something doesn't mean one should do so.

Government gave racing a green light to continue if it wants while also urging everyone to isolate as much as possible. It's a contradictory message that facilitates HRI to follow the course of action it has. That pleases its own constituency while leaving the sector open to the much wider perception of being hand in hand with gambling in an exercise wildly at odds with the national climate. Those at the top might want to keep going but should have known enough not to.

There's not even the excuse of being in uncharted territory. Cheltenham was a blueprint for what not to do. What occurred there so jarred the wider public frame of mind that only the most obtuse can still believe it should have gone ahead as it did. Yet the following week saw a similarly inapt home-grown decision, one that makes Irish racing an outlier in the whole spectrum of live sport throughout Europe.

The French were the first to race behind closed doors in Europe in response to Covid-19. They were also the first to pull the plug on racing. The president of France Galop said last week he was fully aware of the economic consequences of cancelling racing but added: "In taking this decision the horse industry also shows its solidarity with the entire nation." A day later Britain's racing authorities, having got it so wrong at Cheltenham, also acknowledged the inevitable.

Officials here aren't as prone to reaching for the grand statement as their French counterparts. But in a time of crisis matters of national solidarity do count. Irish racing has left itself wide open to accusations of selfishly suiting itself, indulging in sport at a time of emergency and presenting it as an industrial exercise when for many it looks little more than an opportunist exercise in wringing the last financial drop out of media rights and betting turnover.

The sport and industry can't afford such a misstep. In case anyone's missed it there is a reflex and deep-rooted prejudice out there towards it. The response to the debacle at Cheltenham saw stereotypes about arrogance and entitlement bandied around with abandon. Those clichés hardly need to be fuelled by decisions that invigorate them with substance, especially in a sector so reliant on public finance. This is tin-ear stuff to the nth degree.

It only serves to underline how urgently this echo-chamber needs a blast of cold context. Inside it right now there's mostly the bizarre sound of mutual back-slapping about this home-grown gaffe. But to many others it's increasingly looking like a self-entitled sector pushing its luck at a time of virtual national lockdown. Taking an economic line during a public health crisis is only going to progressively jar the longer this continues.

For everyone's sake the hope must be that that is all this cloth-eared decision will ultimately be recalled for.