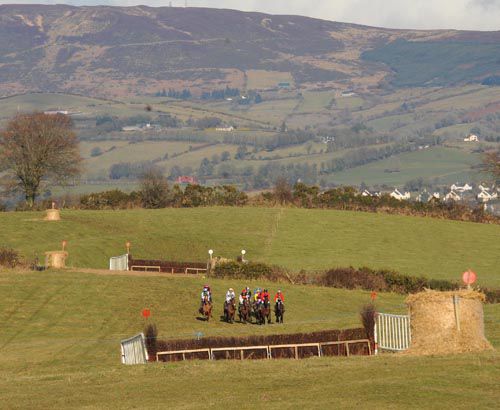 The new initiative will see the owners of Irish-bred winners of 150 races receive €10,000 vouchers to use for the purchase of IRE horses at public auctions. The vouchers are valid until the end of the following year.

This stimulus package of €1.5 million will certainly provide a significant boost to the smaller Irish breeders and will be the envy of our near neighbours.

This is a welcome diversion from HRI. The normal practice, with their Government handouts, is to simply shovel as much as possible into prizemoney, citing the notional trickle-down effect as justification. This new scheme has greater potential to reach the grassroots of the sport and more of this creative thinking should be encouraged.

HRI was also in the news last week when it was announced that they are advertising for a new CEO. Those seeking to play up their winnings on Brian Kavanagh serving an un un unprecedented fourth term in the job look like they’re not going to get a run for their money this time around.

Kavanagh has been at the helm of HRI since its inception 20 years ago but is due to finally leave office in September.

Coincidently, Kavanagh’s previous role as manager of the Curragh Racecourse is also up for grabs at this time. Should Brian decide to enter that particular race, I’d be firmly a backer rather than a layer - even without knowing the other runners.

The recent addition of five bumper fixtures confined to point-to-point horses doesn’t seem to have appeased that industry’s hierarchy. John Nallen has a piece on this site where he outlines the real problems facing the point-to-point guys and the wider horse racing industry if they don’t get their season back up and running in April.

Nallen also puts forward some feasible workarounds should Government continue to ignore their pleas. He suggests running point-to-point meetings at recognised racecourses, using mobile point-to-point fences. This certainly seems feasible with 24 or 25 tracks sitting idle on any given day, but it would take significant resources to see these fixtures run in compliance with the current Covid protocols that are in place for regulated race meetings.

The plight of the point-to-point industry is another stark reminder of government’s ham-fisted management of the pandemic and the inequality of their one size fits all restrictions. As we face into our second year of lockdowns the urban/rural divide is more pronounced than ever.

The April 5 deadline for the easing of restrictions turns out to be little more than a shimmering mirage in the desert and we must now brace ourselves for another long summer without crowds or even owners permitted at race meetings.

To think that both Charles and Gordon are likely to have served their suspensions before a single owner sets foot on an Irish racecourse highlights just how slow the progress really is.

While Gordon’s fall from grace doesn’t appear to have had have too detrimental an impact on his perennial position as number two in the National Hunt trainers’ table, Charles is certainly dropping down the rankings in the “king of the gambles” category. Emmett Mullins has been knocking it out of the park in recent weeks while David Dunne is now firmly on everyone’s radar, including the stewards, after the All Class touch at the weekend.

The regular on-course layers at Navan should be thankful that they dodged a couple of real bullets on Saturday, but no doubt like the rest of us, they’d happily take the hit if it meant they were back doing what they love doing most.