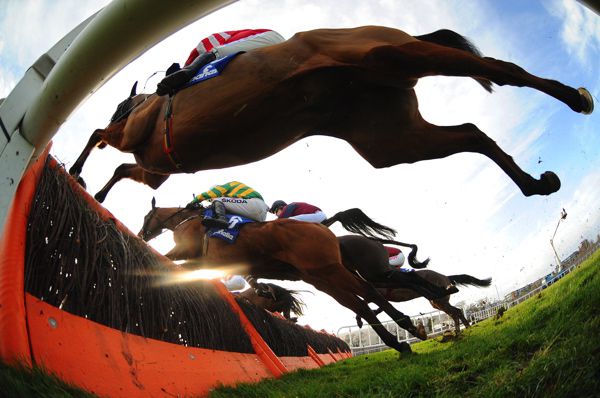 © Photo Healy Racing
Racing in Ireland will not take place until at least April 19 following an announcement from the Government.

The sport had been continuing to stage meetings behind closed doors since March 13, as countries around the world try to limit the spread of coronavirus.

However, Taoiseach Leo Varadkar announced on Tuesday that all sporting events, even those without spectators, would be cancelled from midnight.

Racing in Britain was suspended from last Wednesday, with no action anticipated before May 1 at the earliest.

Horse Racing Ireland confirmed a halt to action, with key figures set to meet on Wednesday to discuss the development.

A statement read: “Horse Racing Ireland (HRI) confirm that racing will cease in Ireland as of midnight tonight as per the latest Government guidelines on Covid-19.

“The Board of Horse Racing Ireland will meet tomorrow morning (Wednesday) and will issue a press release soon after.”

Also among the measures announced by Mr Varadkar was the closure of all betting shops.

Mr Varadkar has urged everyone to stay at home to slow the spread of Covid-19.

Speaking at a Government briefing in Dublin, he said: “We believe we need to do more to flatten the curve.

“People should stay at home if at all possible — this is the best way to slow the virus.”

Varadkar indicated the suspension is due to be in place until April 19, which means the Irish Grand National meeting will not take place over the Easter weekend as scheduled.

Racing was held at Clonmel on Tuesday, and Dundalk had been due to be in action on Wednesday.

Grand National-winning trainer Gordon Elliott said: “If it’s three or four weeks and we get back, then it won’t be too bad. Everyone has to do their job and if we get back after a month it won’t be the end of the world.

“Everybody is going to have to tighten up and hopefully we’ll get through it OK.

“The racecourses have been doing a very good job, but unfortunately that’s just the way that things are and we have to do the best by everyone.”

County Tipperary handler David Marnane said: “We’re all in this together and we’ll just have to do the best we can.

“It’s a devastating blow to us, but it is to everybody in the country. We’re not the only ones.

“We won’t lie down. For the greater good, I understand where we’re coming from.

“All you have to do is see the pictures coming from Italy and racing is only a part of life. We just have to do the best we can and see where we are in a month.

“We have to keep going with the horses. We have to exercise them. It’s not like a shop where can just turn a key and walk away from it.

“We have to do what we can and we will. We’re in it for the long haul and we’ll come out the other side.”

Another trainer, Denis Hogan, said: “It’s disappointing, but I suppose the Government has to do what they have to do to protect the people.

“I thought it (racing behind closed doors) was going well, but once the UK stopped racing it was going to be hard for us to keep going, being such a near neighbour.

“If we could get back racing by the middle of April I think we’d all take that now, but the problem is nobody knows how long this is going to go on for. You just hope it isn’t too long for the sake of the industry.

“It is what it is, we’re all in the same boat and I just hope everyone stays well.”