Another winning juvenile for Lyons 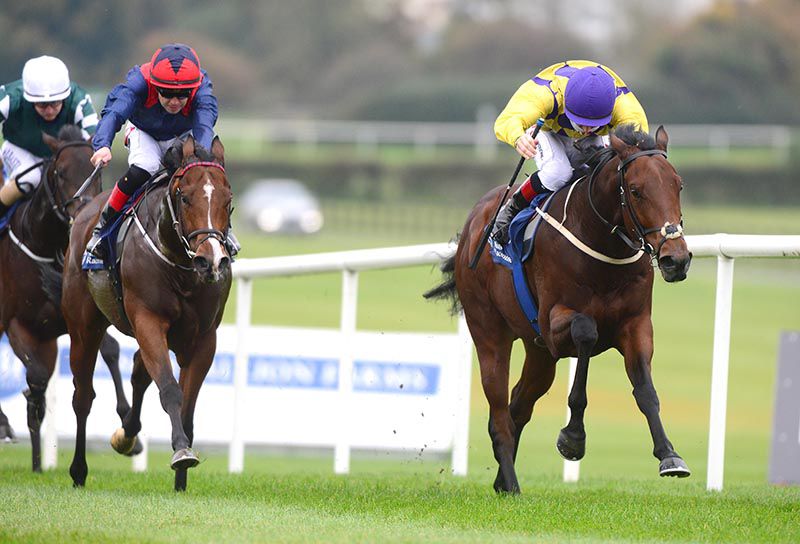 16/5 chance Power Under Me made a winning debut in the Tifrums Irish EBF (C&G) Maiden to give Colin Keane winner number 88 of the season.

The gelded son of Mehmas was prominent throughout towards the far side and found when asked for his effort inside the final quarter mile to come home two and a quarter lengths clear of the 2/1 favourite Coulthard.

It was another three lengths back to Yulong De Legend (10/3) in third.

Shane Lyons, assistant to winning trainer Ger Lyons, for whom it was an 18th individual 2-year-old winner of the season from 37 juvenile representatives, said: "It’s great for Vincent and Geraldine Gaul who bought this one as a foal but it has taken all this time for him to come right. He has a high knee action so we were waiting for the ground.

“He’s only come good in the last six weeks. He was backward but his work was very promising at home.

“Ideally we would like to get another run in for the Birdcatcher or something like that but I don’t think we’ll have time for that.

“He’ll be a nice horse for next year. It’s amazing how well Mehmas has done this year and he’s our only one.

“At the start of the year he was showing us nothing. He was very weak and gangly but the last six weeks we were just waiting for the right ground.”