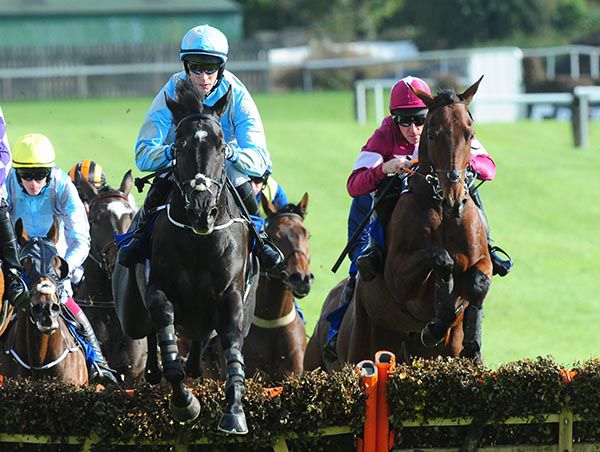 The well-backed 5/4 favourite was up with the pace throughout but looked booked for minor honours when chief market rival Mitchouka cruised to the front after the penultimate flight.

A slight mistake at the last meant Davy Russell had to get down to work on the leader, and he was steadily reeled in by the Joseph O’Brien-trained favourite.

J J Slevin’s mount just got up in the final stride to prevail by a nose, with the winner’s stablemate Thomas O’Malley nine lengths back in third.

Apparition won twice on the Flat this year at the Curragh and Killarney to earn a rating of 89, and was third on his hurdle debut at Gowran Park last month.