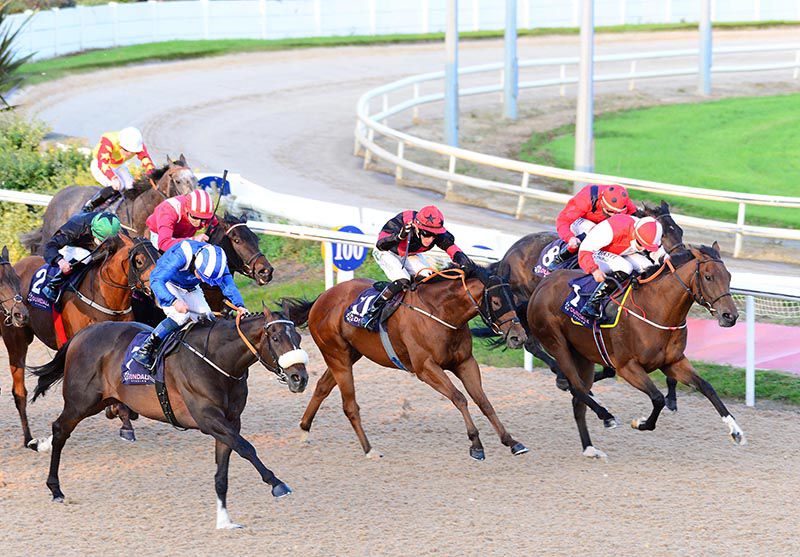 The four-year-old son of Cape Cross was placed a number of times for Sir Michael Stoute before joining the veteran Curragh trainer this season, and justified good support in this seven-furlong event with earlier quotes of 20/1 trimmed right down to 7/1 at the off.

Hayes elected to challenge on the outer in the straight and, with the field stretched right across the track, got on top in the closing stages to beat Never Back Down by half a length.

Hayes said, “I’ve been saying for the last couple of starts that he’s crying out for the all-weather.

“The boss tried him over a longer trip and thought we should drop him in but he’d too much pace and I couldn’t get him settled.

“The ground was far too soft for him the last day. Ideally he wants to go a mile but this is the only one for a month and we stuck him in.

“We didn’t go mad so I was happy to stay three wide and keep it smooth. I kicked forward from the top of the straight and probably got there a fraction too soon but I knew he’d stay well.

“He’s not as good as his brother but he’ll do.”