Bachasson impresses in feature on last day before break 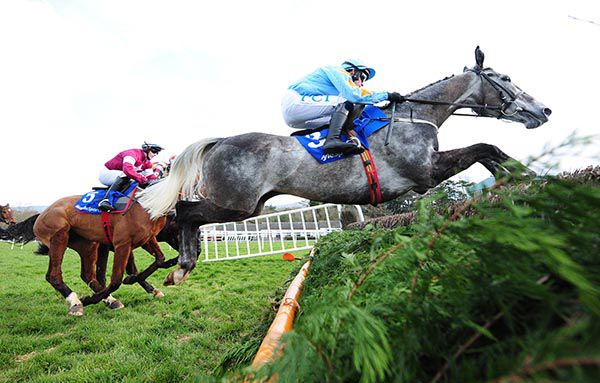 On his first outing over fences since falling in the 2018 Cheltenham Gold Cup, Bachasson impressed in the Download The BoyleSports App Chase, the feature race on a card at Clonmel, that will be the last in Ireland until at least April 19th.

Taoiseach Leo Varadkar this afternoon announced increased measures to curtail the spread of Coronavirus (COVID-19), which includes the cancellation of all sporting events from midnight tonight, including those behind closed doors.

Six to four on favourite Bachasson, for Willie Mullins and Paul Townend, disputed the lead, before taking over in front from the sixth.

The O’Connell family-owned nine-year-old made the rest and he was still travelling well in the straight. Going clear two out, the Voix Du Nord gelding was pushed along before the last, staying on strongly on the run-in to easily beat Death Duty by twelve lengths.

“He had the rating to do that and Death Duty didn’t seem to fire. He lined up in a Gold Cup a couple of years ago, although it’s a long way from there now," said Townend.

“His jumping was very good. He makes lengths everywhere and is a real quick jumper which is a help. I didn’t interfere with him and let him do it.

“He jumped well out of the ground and it’s not as deep as the hurdle course.”