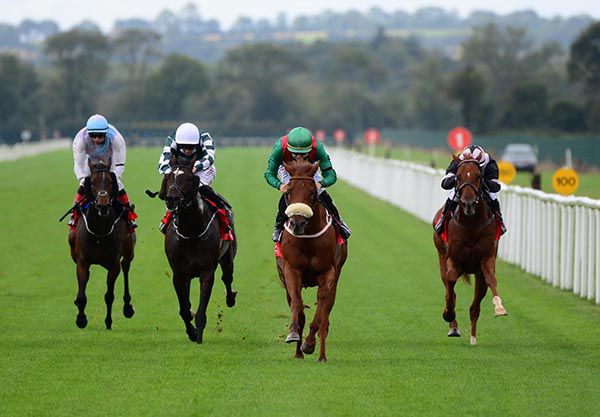 Michael Halford and Ronan Whelan teamed up to take the Mallow Maiden as Balmari opened his account at the seventh attempt in Cork.

The Aga Khan home-bred was placed three times at Dundalk as a juvenile and Whelan was hard at work here from over two furlongs out.

However, the 3/1 chance found plenty under pressure inside the final furlong and drew clear in the closing stages to score by two and a quarter lengths.

Runner-up Midnight Fire could find no extra in the closing stages, while 2/1 favourite Grey Streak was a further length and a half adrift in third.

Big White Chief made late headway to finish just a nose back in fourth.

Whelan said, "It was nice to get the bracket for him and he is a real genuine sort who is an absolute gent to do anything with. The last two runs the ground was too slow. I know he had form in Dundalk but the ground was slow the last day he ran there and it didn't suit.

"In fairness to the lads at home who ride him out said he could definitely drop back to six (furlongs) and they were definitely right. He does have options back at seven too and is a grand horse."