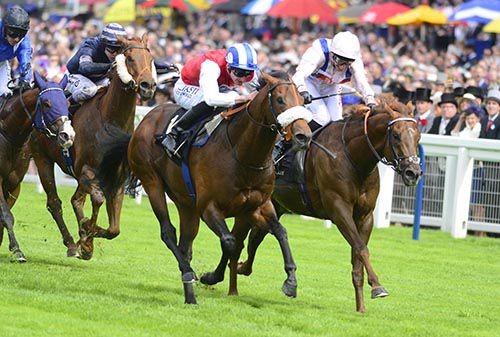 Our ‘own’ stallions at the Irish National Stud, National Defense and Decorated Knight, are expected to put up a strong showing in terms of prize money and stakes winners, but they don’t figure in Betfair’s Leading First Season Sire 2021 market.

With the numbers he has it’s no surprise to see Kildangan Stud’s Profitable at the head of the market, whilst Tally-Ho in County Westmeath are never going to be far away with Cotai Glory and Galileo Gold doing battle for the famed Mullingar nursery.

Profitable is by a sire of sires in Invincible Spirit. Among the others that have gotten positive mentions in recent times are the likes of Churchill, Almanzor, Acclaim and Highland Reel.

Betfair Spokesman, Barry Orr, commented: ‘’It’s difficult to split Profitable, Cotai Glory and Caravaggio who stand at Darley, Tally-Ho and Coolmore respectively but at 9/2, El Kabeir, could be a bit of value as he has the numbers and his stock is widely expected to be early types.’’