Blackmore at the double on Lord Erskine 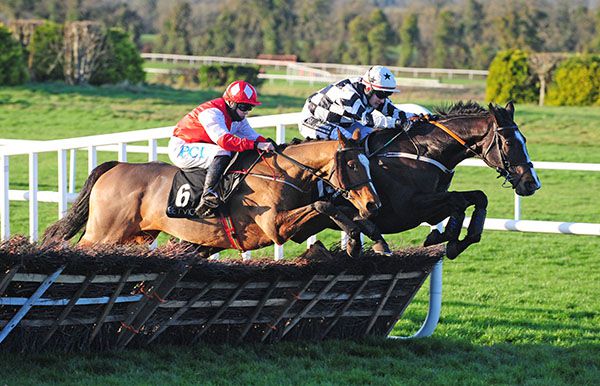 Rachael Blackmore doubled up at Navan on board Lord Erskine in the two mile six handicap hurdle.

Blackmore landed the preceding Grade 2 handicap chase on the card on board Minella Indo and the brace gave her 50 winners for the campaign.

The 18/1 shot worked his way into second in pursuit of Bold Emperor at the second last which he dived at.

However, he strongly challenged the leader at the last and was soon ridden into the lead on the run-in.

The seven-year-old gelding kept on best to win this staying test by a length and a half. Lee Valley Legacy came though for second at 22/1 from a tiring Bold Emperor (11/1).

“He's a decent horse on his day but he's had problems and it's just taken a long time to get him back,” said Harry Rogers.

“He was a bit keen today and the jumping seemed to wake him up a little bit.

“He handles that ground well and stays well. Hopefully things stay right with him, it's a long time since he won the Irish Cesarewitch here.

“He'll keep on going over the winter. It's nice for the owner Jerry Nolan who is a very patient man, it has paid off.

“There might be something for him over two-and-a-half or three miles at Leopardstown over Christmas.”

Christmas target being considered for Monkfish