Bolger and Manning double up with Agitare 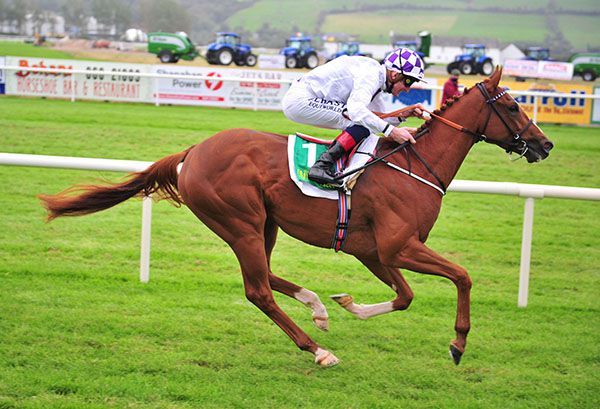 Jim Bolger and Kevin Manning doubled up at Listowel with Agitare who belatedly got off the mark in the Jet & Peggy O'Carroll Memorial Maiden.

The Teofilo colt carried a mark of 97 into battle after being placed in seven of his 11 contests.

Punters fully expected today to be the day as he went off at 2/5 for this seven-furlong assignment.

He raced prominently before taking over from Knight Of Malta after a furlong and a half.

The 'jolly' had his pursuers on the stretch off the home bend and was ridden to win his race. He kept on well to prevail by a length and a half from Knight Of Malta (6/1) who pipped well-backed Bluebeard's Castle (3/1) by a short head.

Una Manning said: "That was a timely update as his full-brother is going through the ring in a couple of hours time (at Tattersalls Yearling Sale in Newmarket).

"He was due his win - it took him a little while, but it was a good performance."

"The boss is delighted with him, he will get further and will go to the horses in training sale later on."