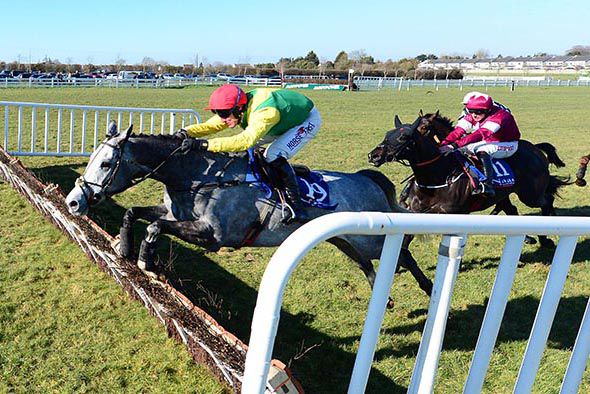 Third on Thyestes Day at Gowran last time, the former Timmy Hyde point-to-point scorer was backed from 9/4 into 6/4 for this two miler.

Robbie Power soon had the grey or roan coloured son of Kayf Tara dictating from the front, and the Potts runner stayed on too powerfully up the run-in for Crezic. A length and a half split them at the line.

"He did it nicely and we're delighted with him," said Mrs Harrington.

"He learned a lot from Gowran. He hated the ground in Gowran and that ground is an awful lot better today.

"He had to do it the hard way, making all his own running, and he jumped great. Robbie said he quickened up really well and then he just stayed galloping.

"He'll probably go to Fairyhouse and Punchestown but he's a chaser for next year. He may stay over hurdles next year but I'd say he'll go chasing."