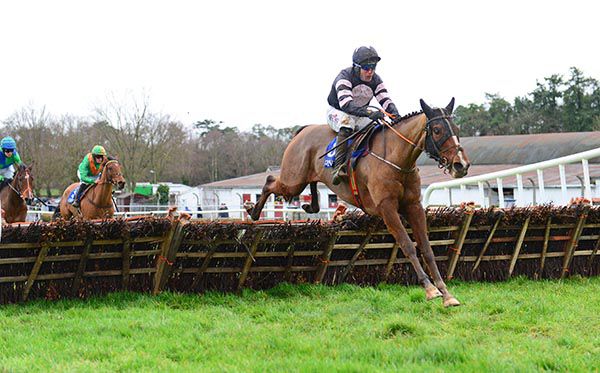 The Philip Dempsey-trained gelding, well-backed earlier in the day from as big as 6/1 and sent off at just 7/2, was patiently ridden by Robbie Power to lead at the penultimate flight.

The son of Jeremy soon settled the issue and stayed on strongly on the run-in to score by 13 lengths.

The American-trained French Light travelled well early in the straight but was no match for the winner from two out finishing 13 lengths away in second.

Dempsey said, "He deserved that as he is a very consistent horse and all his runs have been good. He has learned to settle and settled lovely today.

"We'll go for something similar in the spring and he handles that ground well and has good form in that ground."