Cecil makes it 2 for Elliott at Gowran 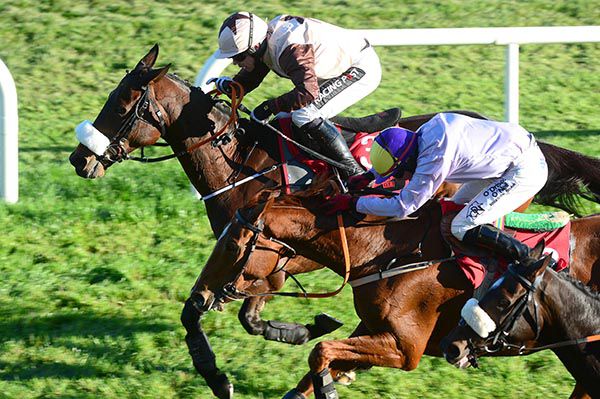 Just a head and half a length split them at the end of three miles one in the Kilkenny Rivercourt Hotel Handicap Chase at Gowran. The one to come out on top was Cecil Corbett, to bring up a double on the day for Gordon Elliott.

Elliott landed the opener with Chief Justice under Davy Russell.

The champion jockey seemed to be on the pick of the Cullentra House Stables runners here too as his mount King's Song went off a 6/1 chance.

He ended up only beating one home as the Denis O'Regan-ridden veteran Cecil Corbett (20/1) marginally upstaged Carole Rose (22/1) and Freewheelin Dylan (4/1).

"He's a grand honest horse and Denis gave him a peach of a ride," said Elliott.

"We used to think he wasn't getting three miles and then ran him over two and he looked like he wanted further.

"Denis gave him a good ride and I'd say he loved the ground.

"He wins a race or two every year in fairness to him. When the rain comes and ground goes soft it would be a worry for him but he has his job done now so it's grand."

Pinatubo ready for date with destiny in Guineas

Charlie Appleby has full faith in Pinatubo’s ability to stay a mile as the hot favourite faces his date with Classic destiny in the Qipco 2000 Guineas at Newmarket this afternoon.