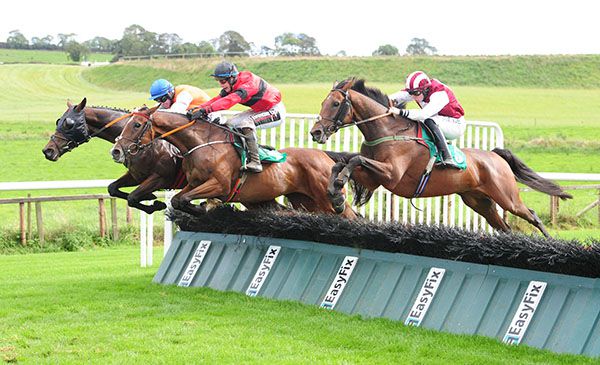 Last year's Listowel Bumper winner was completely out-of-sorts in his three maiden hurdle runs and again on handicap hurdle-debut last July but was a neat winner when landing a gamble on his second handicap start at Cork in August.

Today he gained a second handicap hurdle success, and his third win in total, when staying on strongly on the run-in for a seven and a half lengths win over Boro Tari.

Hackett later said "it's hard to know what to make of him - we put the cheekpieces on him to see if we could get him to travel today. He's lazy and he is switching on and off. He travelled ok today but at the top of the hill you would wonder.

"He toughed it out well in fairness to him and we would be happy enough with him.

"He jumped very well today and will jump a fence but we'll probably stay hurdling for the minute. We'll stay aiming small for the minute and see how we go.

"I've only had a handful of runners up here and he is my first winner here. The man who bred the horse (John Magee) is from up here, so it is nice.”