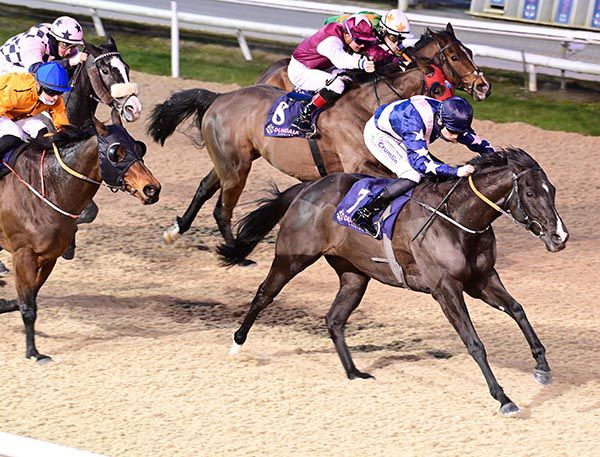 On his seventh outing for Michael O’Meara, Bobby K provided the Nenagh County Tipperary-based handler with his third winner, by a length and a quarter from 33/1 shot Tony The Gent.

The runner-up was the outsider of three contenders for James McAuley. Haayem (28/1) finished 8th and Behind The Wall (20/1) came home in 12th.

Billy Lee did the steering on the 3/1 victor (the second favourite) and O’Meara revealed: “He had a couple of problems during the year but he's back again now.

“He had a back problem and we got it sorted. He also had bad feet when he came out of England and it took a while to sort that out.

“He's back in the winners enclosure now and hopefully he can pick up another one.”

W.J. Lee, rider of Bobby K trained by Michael William O'Meara, reported to the Clerk of Scales that his mount rolled a bit right in the straight.

S. Foley, rider of Will Be King trained by Gerard O'Leary, reported to the Clerk of Scales that his saddle slipped after a furlong.

Holland and Kieren Fallon team up in training venture

Darryll Holland has taken out a licence to train from Harraton Court Stables in Newmarket, where he will be assisted by former champion jockey Kieren Fallon.

Gowran's rescheduled Red Mills Trial Hurdle was moved to Fairyhouse today and won by Jason The Militant, which made all the running to score under jockey Rachael Blackmore and for trainer Henry De Bromhead.