Dawson's Cottage scores for the Maddens 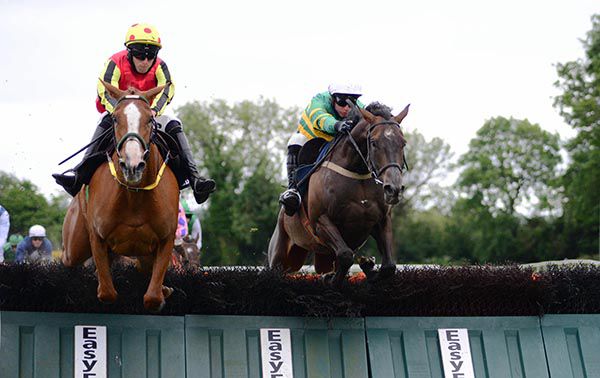 Dawson’s Cottage (2/1 fav) had shaped like a future winner when second on handicap debut at Punchestown in October, and on his second appearance since then he was a snug winner of division two of the two-mile handicap hurdle.

The Oscar gelding seemed to win with a bit up his sleeve here under ‘Slippers’ Madden as he asserted in the final furlong to win by a length and three quarters from Iamastartoo.

The winner had been second to subsequent improver Shumaker (two more wins and went up over 30lbs in the ratings) in that race at Punchestown, so there should be more to come from him.

Winning trainer Niall ‘Boots’ Madden said: “I'm delighted. He was unlucky to still be a maiden.

“He was a good second in Punchestown last year and that was decent form.”