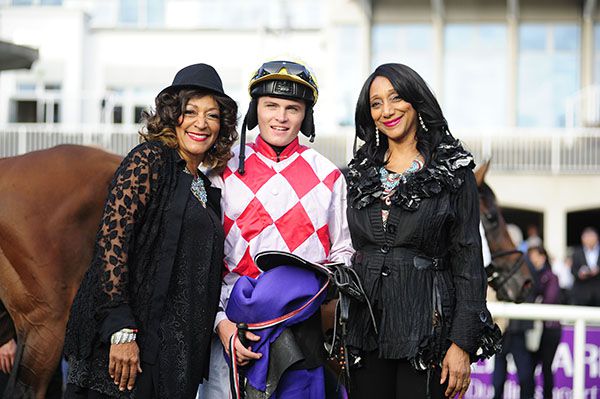 Delaire landed some nice bets at fancy prices, as he took the Sister Sledge Handicap under Denis Linehan for Noel Dooly.

Successful four times for German trainer Christian Von Der Recke, the son of Sakhee's Secret made his debut for Dooly at Naas in June.

He finished down the field on that occasion, but put in a much improved performance to finish fourth to Zippy on his most recent start at Tipperary.

Settled behind the leaders by Denis Linehan, he was third on the entrance to the straight, and was ridden to challenge on the outer with a furlong and a half left to race.

He got to the front inside the final furlong, and kept on well in the closing stages, going on to score by three parts of a length.

Shawami (33s to 25s) finished second under Tom Madden for Jessica Harrington, while Gloves On (12/1) was a further two lengths back in third for Kevin Manning and Jim Bolger.

Nimitz (8/1) completed the placings a neck away in fourth, while the 11/2 favourite Path Of Silver was sixth.

Noel Dooly said afterwards: "I got him a few months ago off Christian von der Recke, who recommended him to me. He was bought to go hurdling but he got his German mark of 58 over here so we said we'd plug away with him until the winter.

"There is a funny rule here that if you are rated under 60 then you can only run in a maiden or a claimer before you get a mark. He ran in a claimer and then ran a good race to be fourth the last day.

"Denis gave him a peach tonight. He'll stay a mile and a half and he'll head to Tramore now."