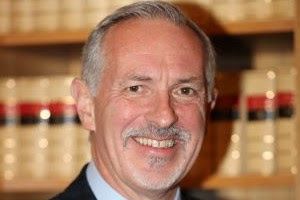 Tim Husbands, CEO of Leopardstown Racecourse - "delighted with the entries"

High-quality entries for the five handicap races and two Grade 2 bumpers at the upcoming Dublin Racing Festival were released on Monday.

Master McShee, Treacysenniscorthy and Great White Shark are among the handicap entries while the likes of Sir Gerhard, Kilcruit, Flame Bearer, Hollymount and Brandy Love feature in the early line up for the bumpers at Leopardstown on Saturday, February 6 and Sunday, February 7.

Trained by Paddy Corkery, Master McShee heads the 51 entries, an increase of 10 on last year, for the Ladbrokes Hurdle on Saturday, February 6. He was a thoroughly impressive winner on his handicap debut over this course and distance at Christmas and could renew rivalry with Sea Ducor, the Arthur Moore-trained runner-up that afternoon.

The Eddie Cawley-trained Golden Jewel and Martin Brassil’s You Raised Me Up, second and third respectively in the Ladbrokes Hurdle last year, hold entries once again.

Heading the weights for the race are the Willie Mullins-trained Buildmeupbuttercup and Liz Doyle’s Cayd Boy and other notable entries include Eclair De Beaufeu, winner of the Matheson Handicap Chase on the card a year ago for Gordon Elliott, Noel Meade’s novice Cask Mate, the Gavin Cromwell-trained Gabynako and Wolf Prince, Paul O’Flynn’s West Cork Wildway and the Charles Byrnes-trained Advanced Virgo.

A total of 28 horses, an increase of two on last year, have been entered for the Matheson Handicap Chase. The recent Naas winner, Epson Du Houx, trained by Henry de Bromhead, Emmet Mullins’ The Shunter, Aramax, trained by Gordon Elliott and Willie Mullins’ pair, Pont Aven and Andalusa look to be chief among them.

The Goffs Future Stars INH Flat Race, won by Envoi Allen in 2019 and Appreciate It last year, has an entry of 16, headed by a trio of dual winners for the Gordon Elliott yard, Sir Gerhard, Chemical Energy and Hollow Games. Willie Mullins has also made three entries, Kilcruit, Whatdeawant and Ramillies while the Pat Doyle-trained Flame Bearer and Gavin Cromwell’s Letsbeclearaboutit are also included.

Elliott entries dominate at the head of the weights for the Irish Stallion Farms EBF Paddy Mullins Mares Handicap Hurdle with last year’s heroine Black Tears topping the 36 horses in the opening contest on the second day of the Dublin Racing Festival on Sunday, February 7.

The Terence O’Brien-trained Our Roxanne was second in the race last year and she is entered again as are Spruced Up and Strange Notions, fourth and fifth a year ago for Eddie Harty and Charles O’Brien respectively. Willie Mullins has entered seven horses, including the Leopardstown Christmas Festival winner Dysart Diamond, as he bids to win the race named in memory of his late father for the first time. Declan Queally’s runaway Naas winner Uisce Solas and Henry de Bromhead’s hat-trick seeker Telmesomethinggirl must also have their chance.

Last year’s entry of 52 has been slightly bettered for the latest renewal of the William Fry Handicap Hurdle. Willie Mullins is responsible for 10 of the 54 in the race this time and included on his early team is Great White Shark, a winner on her most recent start over hurdles at the Galway festival last July and successful in the Cesarewitch Handicap at Newmarket subsequently. Koshari, Low Sun and Dandy Mag are others that feature for the champion trainer.

Successful in the William Fry Handicap Hurdle at the 2020 Dublin Racing Festival, the Robert Widger-trained Treacysenniscorthy is one of a number of significant entries for the Gaelic Plant Hire Leopardstown Handicap Chase. Trainwreck, Any Second Now and Blazer, second, third and fourth behind Glamorgan Duke in this race last year, have been entered again by Henry de Bromhead, Ted Walsh and Willie Mullins while last year’s victorious trainer, Paul Gilligan, has Born By The Sea this time.

Stones And Roses and Cabaret Queen are others among Mullins’ nine entries while Philip Dempsey’s The Long Mile, the Arthur Moore-trained Crossed My Mind, Henry de Bromhead’s Minella Times and the Tom Mullins-trained Scoir Mear will certainly be of interest come the day.

There are 15 horses entered for the Grade 2 Coolmore NH Sires Irish EBF Mares INH Flat Race, the final race of the 2021 Dublin Racing Festival. Last year’s winning trainer Gordon Elliott has made only one entry, Party Central, and it is Willie Mullins that dominates with six previous winners engaged, including Fairyhouse scorer Brandy Love, dual winners Brooklynn Glory and Purple Mountain, and the Naas winners Belle Metal and Take Tea. The Stuart Crawford-trained Hollymount was another up to winning on her first start.

Tim Husbands, CEO of Leopardstown Racecourse, said: “We are delighted with the entries for the handicaps and the two bumpers which were released on Monday. They complete the picture for the upcoming Dublin Racing Festival and it is shaping up to be an excellent renewal. The support of our sponsors for this weekend ensure that we can keep significant prize funds and maintain Dublin Racing Festival as one of the leading National Hunt festivals in Ireland and the UK, we are very grateful to them and everyone else who supports this weekend.”