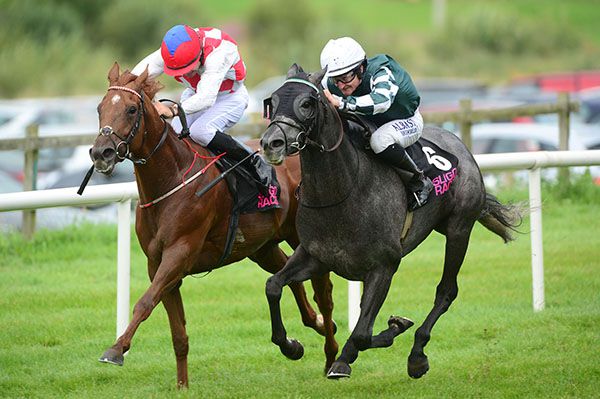 The son of Fast Company was previously a flat handicap winner for trainer Willie McCreery at Sligo in August 2019 and today came good at his fifth hurdles attempt when winning from a mark of 101 in beating Smithscorner by four lengths.

Elliott was at a point to point in Umma House in South Westmeath, where he won a division of the all-important 4yo maiden with Percy Warner, and following Elite Trooper Grey's win, jockey Sexton reported “he didn’t jump great, but he travelled fairly well.

“Turning in I had a good bit left and I just kinda wanted to be there in case he did make a mistake. In fairness to him, he stuck at it. I’d imagine he would progress.

“He has plenty of speed but would want to brush up on his hurdling. But those hurdles are very forgiving. They’re rubber, so when you hit one a belt they don’t really learn from it. He was getting away with it out there but hopefully his jumping will sharpen up and I’d say he’ll be okay going forward.”