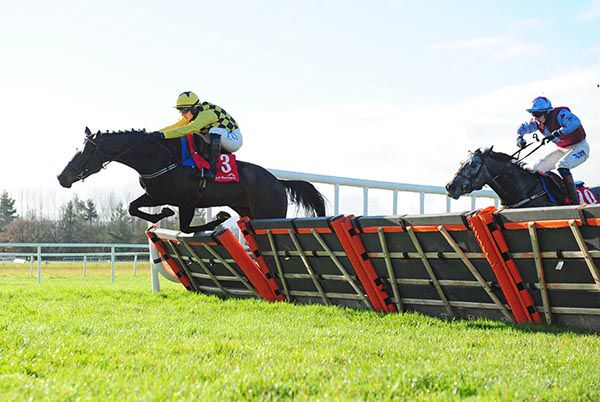 Ganapathi, who won on the Flat in his native France, made a winning start to his jumping career in Ireland when taking the first division of Cork's four-year-old maiden hurdle for Willie Mullins.

The short-priced favourite raced in second behind clear leader Howdyalikemenow before easing past that rival approaching the third last.

Rajsalad (33/1) followed him through and tried to serve it up to the leader at the next.

He couldn't get on terms, though, as Ganapathi got in tight to the last. The leader was given a couple of backhanders by Paul Townend and kept on well on the run-in to score by a length and three quarters at 2/5. Barney Stinson was 13 lengths adrift in third at 10/3.

Townend said: "I'd say he'll come on plenty for it, he jumped very very well but missed the last.

"It is very testing and with the one (Howdyalikemenow) going off in front it made it a true run race. We went our own gallop in behind and he kept up the gallop and I think he'll improve for it."