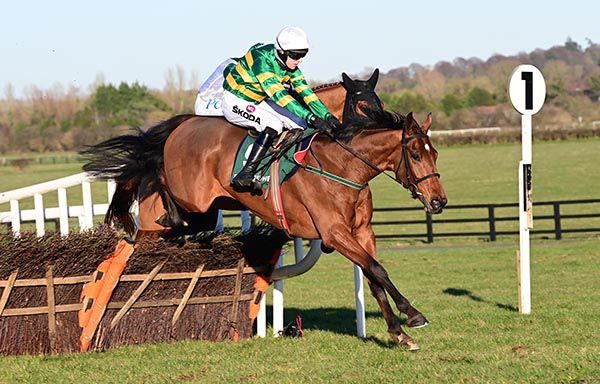 The JP McManus-owned gelding had been placed on both previous outings and made it third time lucky this afternoon.

Mark Walsh was always handy on the 10/3 shot and he moved up to tackle the front-running favourite two from home.

The Saddler Maker gelding jumped into the lead at the last and stayed on well in the closing stages to post a four-length winning margin.

Bolger said afterwards:- “He’s a nice horse and the nicer ground today was a help. I thought it might be too holding but the lads said it’s better on the hurdle course than the chase track.

“He’ll get further as well so hopefully we’ll find something for him in the next month or so and end up going to Punchestown for a race. He’s a chaser down the line and I’m chuffed with that.”