Highest Benefit keeps on a roll for Austin & Ryan 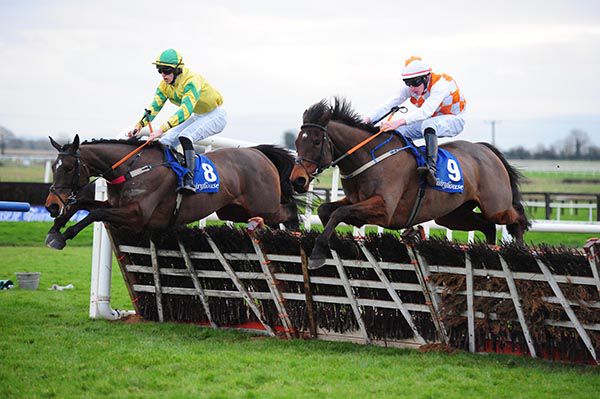 Willie Austin and Trevor Ryan have enjoyed a successful association this season and the pair teamed up again to take the Adare Manor Opportunity Handicap Hurdle with Highest Benefit at Fairyhouse.

The veteran Beneficial gelding has played a leading role in the rejuvenation of the Cloughjordan yard this term and was recording his third win in the space of just over six weeks.

The 11-year-old overcame a mistake at the penultimate flight and struck the front soon after a fine leap at the last.

Ryan took things easy in the closing stages and the 6/1 (from 9’s) chance was value for more than his diminishing winning margin of three quarters of a length.

Austin said, “He stayed on great. He made a bit of a mistake at the second last but it woke him up.

“It was a bit too heavy for him here the last day and he liked that ground. We'll maybe get another one of these three-mile races somewhere.”