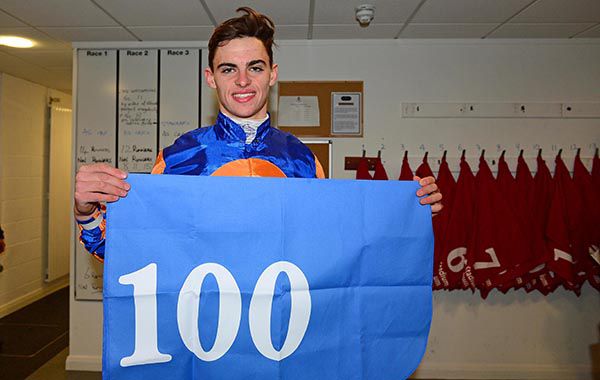 On the day that he was crowned champion jockey for the second time, Donnacha O’Brien recorded winner number 111 for the campaign aboard Nobel Prize in the Irish Stallion Farms EBF Maiden at Naas.

The Galileo full-brother to Highland Reel is progressing nicely with each run and having filled the runner-up spot behind stablemate Celtic High King at Leopardstown last weekend went one better here.

The mile event produced a rousing finish with O’Brien just getting the better of his great championship rival Colin Keane on Chiricahua by a head.

Willywampus was three quarters of a length back in third with newcomer Emiyn close-up in fourth.

Donnacha O’Brien said, “He’s a nice straight forward horse and will be a lovely middle distance type next year.”

Hunt Cup winner Settle For Bay back to form

It was good to see the 2108 Royal Hunt Cup victor Settle For Bay (13/2 into 9/2) back to winning ways in the concluding Test Your Tipping Talents At PUNTERS.HOLLYWOODBET.COM Every Dundalk Meeting Handicap.

Dare To Flare completes a double for the Slatterys

Dare To Flare (10/1) took the Crowne Plaza Hotel Leading Jockey & Trainer Championship Handicap to give his jockey Andrew Slattery a double on the card.