Indian bids to bounce back from Galway mishap 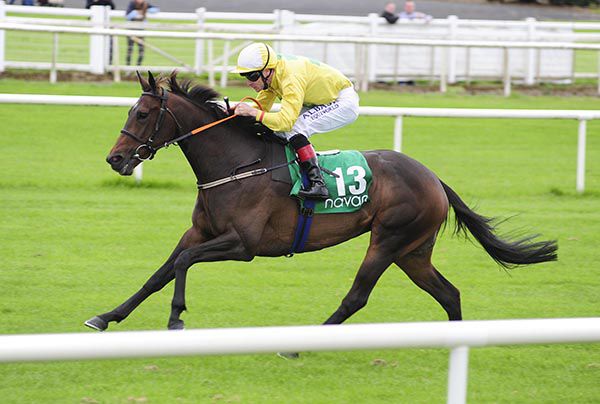 The Last Indian bids to bounce back from Galway Festival disappointment at Sligo on Thursday.

Following successive wins at Tipperary and Ballinrobe in May, Aidan Howard's mare went in search of her hat-trick in a valuable handicap hurdle at Ballybrit, but unseated 7lb claimer Simon Torrens at the first flight.

The pair go in search of redemption in the After Race Party At The Glasshouse Hotel Rated Novice Hurdle and could well reward those that keep the faith.

The Last Indian faces just five rivals and none can be dismissed with any certainty.

Perhaps the biggest threat is the Joseph O'Brien-trained Gold Seal, who has won or been placed on six of his seven starts to date.

Willie Mullins and Ruby Walsh will fancy their changes of taking out the two maiden hurdles in the middle of the eight-race card.

Having opened his bumper account at the fourth attempt at Downpatrick in June, point-to-point graduate Stay Humble kicks off his jumping career under rules in the three-mile Diageo Day 21st August Maiden Hurdle and will take plenty of beating.

Epswell shaped with plenty of promise on each of his three starts in France and will not need to be a superstar to make a successful Irish debut in the two-and-a-half-mile Student Day 27th September Maiden Hurdle.

The most valuable race of the evening is the E20,000 Kilcawley Construction Handicap Hurdle.

Leading contenders include Niall Madden's Pass The Ball, who won on the Flat at Bellewstown and over obstacles at Killarney in July.

The Noel Meade-trained Castlehume followed up a Bellewstown verdict with an impressive victory at Galway last week and returns to action just four days later under the mandatory 6lb penalty.