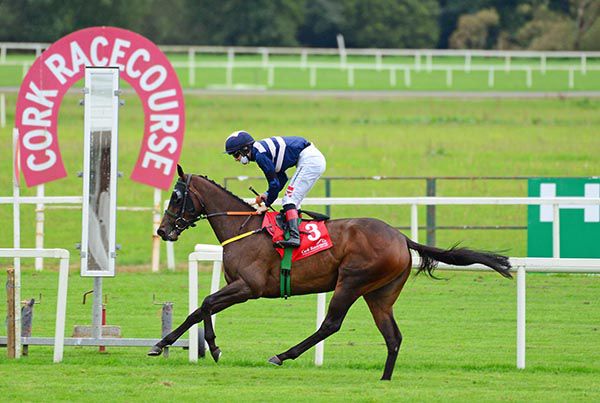 Colin Keane maintained his challenge for the Flat jockeys’ championship when completing a double at Cork aboard Curious Bride in division one of the 45-65 rated mile and a half handicap.

Front-running tactics proved fruitful this afternoon on the round course and Keane got the filly away smartly from her inside stall to readily make all.

Noel Meade’s charge was in command from two furlongs out and Keane could ease the 12/1 shot right down in the closing stages and still win by four and a half lengths.

Keane, who is averaging more than a winner a day in the last three weeks, was completing a 103/1 double following the earlier victory of Breakfast Club and is now just six behind (68-62) Shane Foley in the title race.

Keane said, "On her last run back here I thought she was a bit unlucky as she jumped well. I took her back and we went steady and all she did was stay.

"She ran well the last day on ground that was gone too soft for her so today when we had the good draw, Noel let us bowl along and by right she has won too far unfortunately.

"She is a good scopey filly and I'd imagine she'd have no issue with jumping a hurdle, if she hasn't schooled already."