Latchet a first winner for Breen 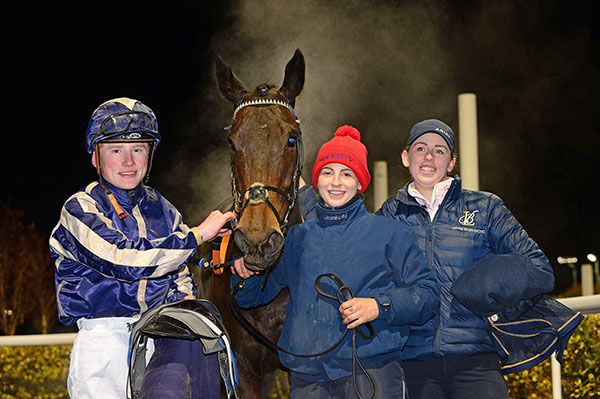 Latchet gave Leanne Breen her first training success when obliging in the first split of the extended mile and two handicap.

The five-year-old mare was popular in morning trading but drifted on the on-course market from 9/2 to 13/2.

She was one of three horses in with a chance entering the final furlong and gamely stayed on best under Gavin Ryan to put Golden Valour (12/1) away by half a length.

Gambled-on Queen Amidala (7/1) was the meat in the sandwich between the aforementioned pair and dropped to third a further length back.

Trainer Leanne Breen said: “That's my first winner and I had a funny feeling it would be at Dundalk as it's our local track.

“I got her in the July Sale and she's been a bit unlucky for us, I thought she would have won by now but she's won tonight so I'm happy enough.

“I have eight in training and a few yearlings. I have some nice horses to kick on with. I'll concentrate mainly on the Flat but if anything wants a trip and a hurdle they'll definitely get it.”