Laurina lands her Grade One in good style 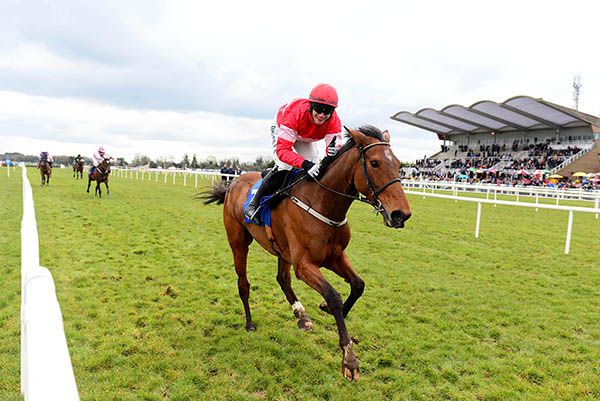 This was the five-year-old mare's fourth win in a row - she started the ball rolling in a maiden hurdle at Tramore before winning a Grade Three here and the Grade Two mares' novice hurdle at the Cheltenham Festival.

Her stablemate Redhotfillypeppers was in the process of running a fine race from the front when she fell at the fourth last.

This left another stablemate Salsaretta in front but Laurina travelled strongly just in behind.

She tanked into contention at the second last and eased away under Paul Townend to win easily by eight and a half lengths at 2/11.

Lackaneen Leader stayed on for second at 8/1 from 20/1 chance Alletrix.

Paul Townend said: "I wanted to keep it as simple as I could, I was on the best horse I thought and when you start complicating it things start going wrong.

"She's a good novice, she'll have to achieve a bit more to get the heights of some of the mares that have been there (in Closutton) but she is doing everything right and going the right way."

Willie Mullins added: "I think she was cantering everywhere and she just seems to be a lot better than the rest at the moment.

"If all is well we'll go on to Punchestown with her - we'll see how she comes out of the race. That's good to get her Grade One there so very pleased.

“She could go for a novice race at Punchestown. The mares’ race is an open race which would be tough. I’m going to leave it open and I wouldn’t be worried about trip. She could go out to three (miles) easily and has enough ability to do two miles.

"We’ll have to see how the other horses that ran at Cheltenham fare out over the next few days. It’s not going to be easy for them especially on that ground as it’s very tacky. She handled it well."