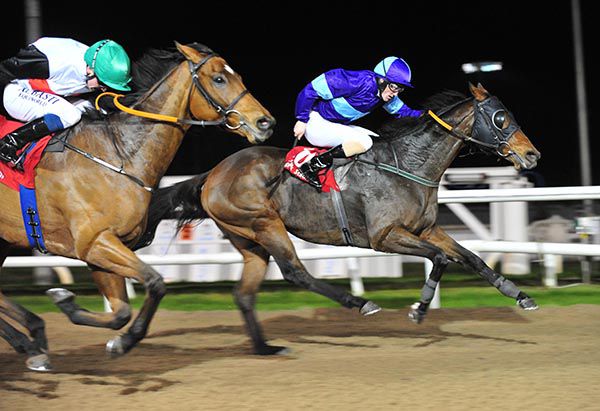 Koybig ran very well on debut for Kilkenny trainer Pat Murphy, but the 8/1 chance lost out to Indian Tomahawk in the Crowne Plaza Leading Jockey & Trainer Championship Handicap at Dundalk.

Richard O'Brien has care of the 4/1 victor, and Billy Lee was in the plate on the now three time Dundalk winner.

Scoring for a second time on the polytrack over this mile trip, Indian Tomahawk got the better of Koybig by a neck.

"He ran well here the last night and we haven't done a whole pile with him since and I'd say that probably helped him.

"There's something for him on the 8th of November and he could run in that. He has been fantastic for us - he has been first, second and third in his five runs.

"We got him during Galway and we gave him a run in August when he was second in Bellewstown, and then he disappointed on bad ground in Listowel, when anything could have happened down there. He's a star, he's a really genuine horse."