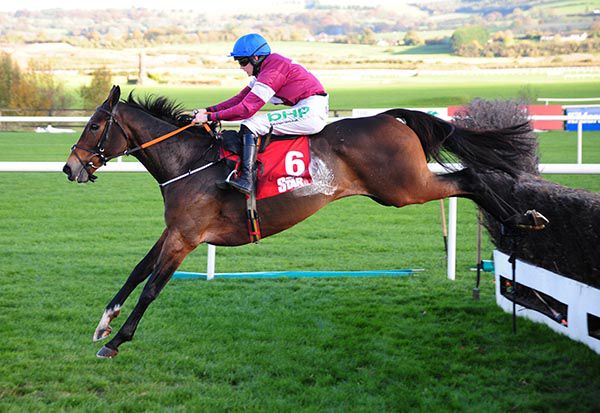 Successful at Galway on his last start, the son of Brian Boru was expected to follow-up this afternoon, and was sent off the 8/11 favourite.

Having led and disputed throughout, the nine-year-old victor travelled best from three out, and was ridden before the last, keeping on strongly from there to score by nine lengths.

Top-weight Outlander (8/1) finished second on his seasonal debut, while the well-supported Sandymount Duke (returned the 2/1 second favourite) was another seven and a half lengths back in third.

"I'm delighted. He jumped brilliant and it was a super ride from Rachael,” said de Bromhead, who was earlier on the mark with Milliner.

"He saw it out really well. I'd say we'll aim for the north now.

"I'm delighted to see him coming back to himself again.

"He loves that ground, touch wood, and he seems good. He has form on softer, and he handles most types, but probably doesn't want it bottomless to be at his best.

"It's great to have him back in winning form again.

"We've Leopardstown at Christmas, there is the Savills Chase there, and you can often get good ground there. We'll see.

"He was in for Galway and then we backed off him for a while. Hopefully we'll get up to Christmas with him and then see from there, back off him maybe after that for a while and see how we are going."