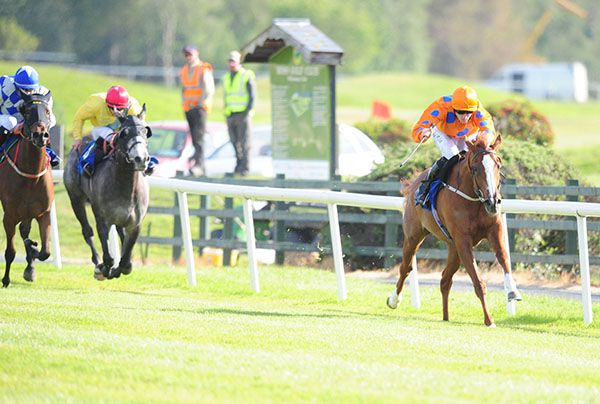 Foxtrot Liv could have a shot at classic glory after her “confidence” boosting win in the Irish Stallion Farms EBF Median Auction Fillies Race at Killarney.

The Paddy Twomey-trained filly went to post a 4/7 favourite and was produced to lead a furlong-and-a-half from home by Billy Lee in the mile contest.

She opened up inside the final furlong to stretch clear for a six-length success over Lafayette Hill.

The winner was taking a drop in company having been fifth in the Athasi Stakes at the Curragh on her return eight days ago. She had chased home Guineas winner Hermosa in Group 3 company last season.

“It went as expected, I was hoping she'd have a confidence boosting run there and it went according to plan,” said Twomey.

“Her owner is very keen to run her in the Irish 1,000 Guineas and it will be hard to stop him now.

“We'll have a think about it but her owner is keen to run. We have an eye very much on the Sandringham at Royal Ascot after that so we'll see what happens.”