Mars Harper a name to note after impressive debut 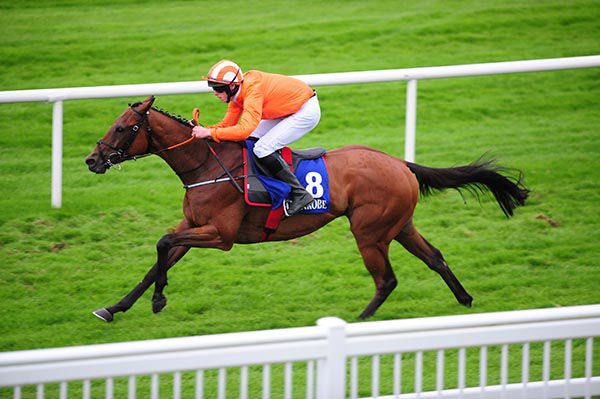 Gordon Elliott ran two in the the Cummins Hardware INH Flat Race and it was the 16/1 chance Mars Harper that fared by far the best as, having been last early on, he travelled powerfully to get into contention and raced away in the straight to beat 6/4 favourite Bubbles In May by seven and a half lengths.

Winning rider Hugh McOwan’s only previous ride this season had seen a similar outcome when 20/1 ‘second string' Talk Of The Town turned over an odds-on stablemate at Kilbeggan last month.

It was a double for Gordon Elliott after Uncle Henry’s win earlier on, and stable representative Ian ‘Busty’ Amond said: “He’s a nice horse. He didn’t have a whole lot done coming here so he was impressive enough.

“He came through them well. There’ll be plenty of improvement in him hopefully. He looks a nice type.

“Hugh works in the yard and it’s his second winner.”