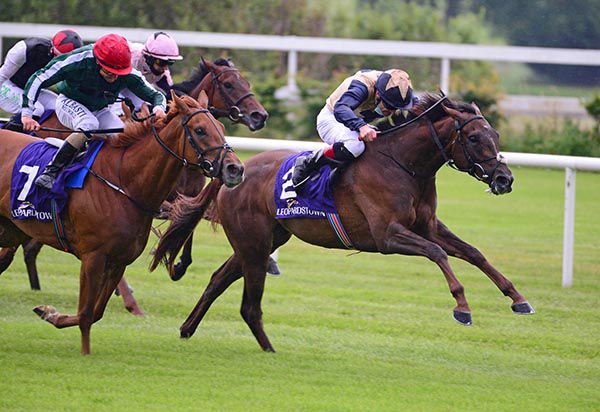 The market had it right in the 3-y-o Median Auction Fillies’ Maiden as displaced market leader Toora Loora (2/1) had to give best to the one for late money Blackcatblackitten (6/5 fav).

The two had a good tussle up the straight but Joseph O’Brien’s filly, rated 80 after three previous runs, just found enough to prevail by half a length.

There had been little between the pair at Roscommon just over two weeks ago when Toora Loora had finished second on debut, a short head and a head in front of Blackcatblackitten in fourth.

On this occasion the latter, a daughter of Kitten’s Joy, managed to turn around the form although the Harrington filly lost little in defeat here.

Winning rider Declan McDonogh (seventh winner of the season, six of them for Joseph O’Brien) said: “That track suited her better as she was able to use her stride and the ease in the ground also helped.

"She showed a good attitude when the other filly came to her.”