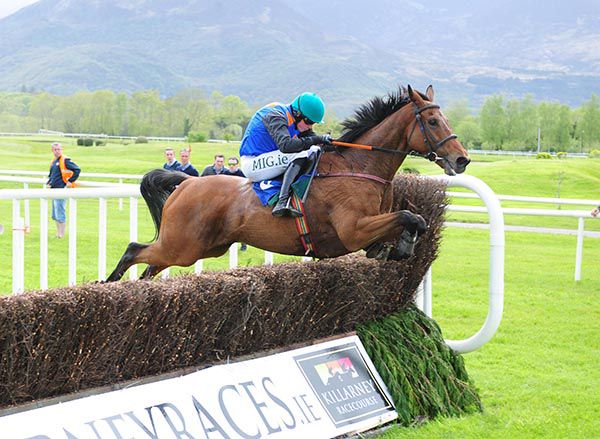 After winning the opener on Waterville Dancer, Donal McInerney doubled-up on Winter Breeze in the Irish Examiner Handicap Chase.

There was drama at the seventh in this two and a half mile contest, with Not For You falling, bringing down the 9/10 favourite Shower Cross.

Racing prominently the winner avoided that incident, and was ridden to the front as they bypassed the second last, keeping on well on the run-in to score by two and three parts of a length.

Danboru finished second under Andrew Lynch for Tony Martin at 20/1, while Swift (10/1) was another length and a half back in third for Mark Enright and John Nicholson.

Mick Winters trains Winter Breeze who was making his debut in handicap company over fences this afternoon.

The winning handler later stated: "He jumped badly at Mallow the last day but Chris Donovan did some schooling on him during the week and Donie (McInerney) did the same and we fancied him today."