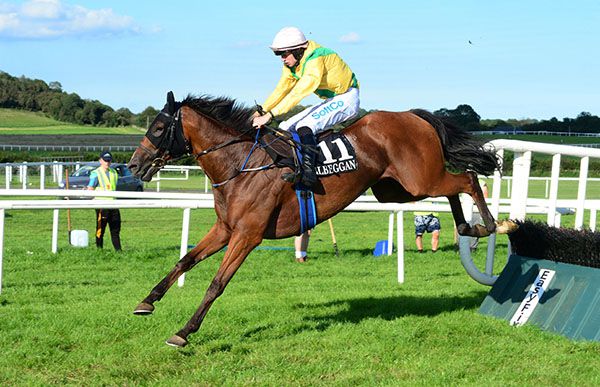 The Mr Dinos gelding hadn’t shown all that much under Rules or in point-to-points before showing improvement when a staying-on fifth at Tramore last month.

Held up tracking the leaders, he was sent on before the last and readily came six and a half lengths clear of the 11/10 favourite In Your Shadow, with Fleurys Fort just a short head further back in third.

Declan Queally, assistant to his father and winning trainer Declan Snr, said: "His owners, Thomas, Miley and John Coughlan, are very good friends of my father.

“They thought it would be a little expensive for Miley to renew his licence so they sent him down to us about ten weeks ago and if we could win a race with him it would be a bonus.

“He was a cheap horse for a thousand euro (as a three-year-old). He struggled in point-to-points but appreciated the better ground and Sean’s claim helped.

“It’s great to get that win with him.”