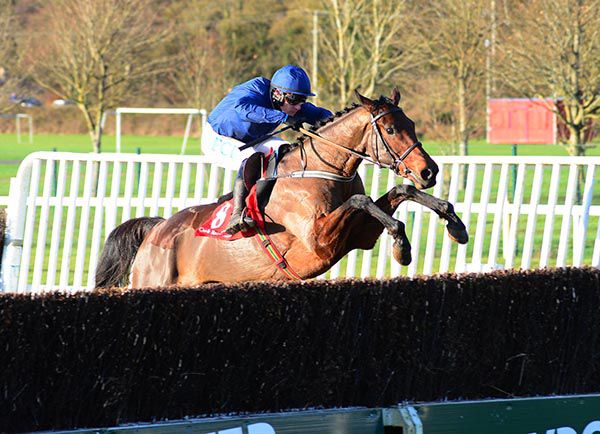 Champion Trainer Willie Mullins and Champion Jockey Paul Townend combined for trebles at Cork today as Yukon Lil made a winning fences debut, in the colours of John Magnier, in the Irish Stallion Farms EBF(Mares)Beginners Chase.

The daughter of Magnier's Champion Jumps stallion Flemsfirth was last seen when finishing fourth in the Mares' Novice Hurdle at the Cheltenham Festival in March and today jumped well for a comfortable three and a half lengths win over Scarlet And Dove.

Townend, who steered Mullins' earlier winners Ganapathi and Appreciate It, later stated “she’s was very good. I galloped into the first a little bit but she was awesome after that. She took a chance down the straight but, on the whole, it was a brilliant round of jumping.

"I suppose she didn’t get a good run at last season as it was cut short, but she’s a smart mare and she’ll do well in those mares’ chases.”