Mulvany and Carroll combine for double 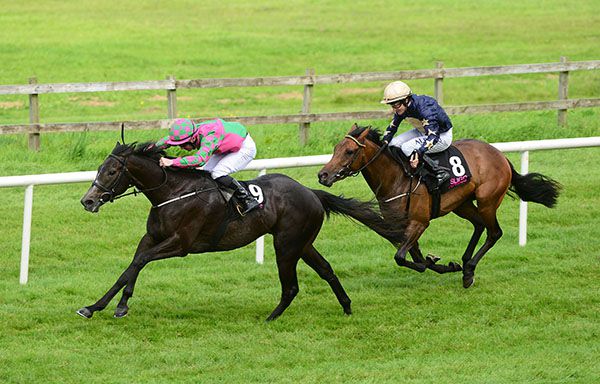 In From The Cold and Gary Carroll
© Photo Healy Racing

Trainer Mick Mulvany and jockey Gary Carroll combined for a double at Sligo today as In From The Cold gained a first career win in the Sligo Supporters Club 2020 Nursery..

The grey son of Alhebayeb finished third on his initial Nursery attempt at Galway on Saturday and today overcame a slow start before eventually quickening past his rivals in the second half of the race, scoring a two lengths win over Yolo Aris.

Mulvany and Carroll won the opening Claimer with Grove Hill and following their second success jockey Carroll reported “he stuck at it well. He was a fraction slow away and was nearly in top gear the whole way.

“In the last furlong he was only getting going. He's still a bit green and I think he'll improve again off that.

“Well done to Mick for running him back like that before he got the 7lb (ratings hike).