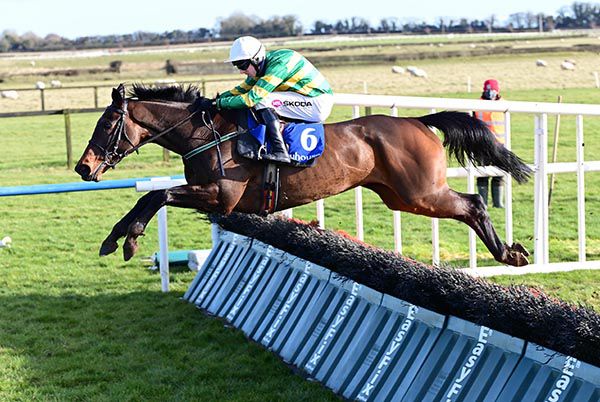 Norwigi appeared to have found a good opportunity in division two of the Fairyhouse Bobbyjo Chase Day 27th February Mares Maiden Hurdle and so it proved as the lightly-raced six-year-old readily justified 4/9 favouritism.

The daughter of Yeats is the first foal out of Graded chase winner Nadiya De La Vega, and she looks to have the physique to do well over fences in time.

Trained by Enda Bolger for JP McManus, she made most of the running and took command in the straight under Mark Walsh eventually scoring by an eased down eight and a half lengths from Western Zara.

Only For Pascal was a further 11 lengths adrift in third with Mamaslittlestar keeping on at one pace in fourth.

Walsh said, "It was a poor race. She went out, made the running and won handy. You couldn't ask for much more and you'd be disappointed if she didn't do that.”