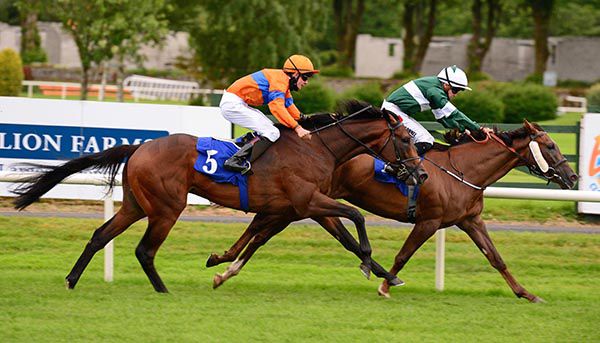 The 10lb claimer steered his mount into contention on the far rail over a furlong out.

He needed room, though, and it came along the rail in the final 200 yards. He sent his mount through and then switched him out with 100 yards to go, as the pair got up in the shadow of the post to beat Sea The Eagle Fly (12/1) by a neck.

Dashing Diamond, a 33/1 shot, was three quarters of a length back in third.

Assistant trainer Brendan Powell said: "He is a grand, big horse and will make a grand jumper for somebody. He stayed the trip well and found a turn of foot today. He is a massive horse and can only improve in time.

"Hugh gave him a lovely ride, the gaps came and he got out. That's his third win, his claim has been reduced to 7lbs now. He has finished school and is with us full-time."