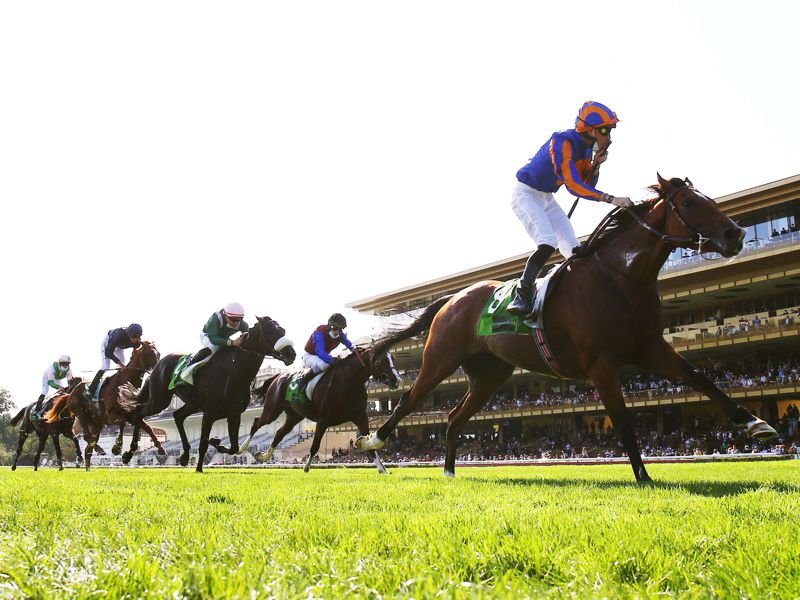 Aidan O’Brien feels being forced to miss the Prix de l’Arc de Triomphe could have been a blessing in disguise for Mogul as he prepares for the Longines Breeders’ Cup Turf at Keeneland.

The three-year-old colt would have been a leading fancy for the Arc with after his victory in the Grand Prix de Paris in September, but a return to ParisLongchamp was cancelled due to contaminated feed issues.

Mogul relished the good ground for his Group One success, but would not have appreciated the testing conditions on Arc day.

“He’s a big, gross, powerful horse, who takes his racing well and is always very happy to race. We were looking forward to the Arc with him,” O’Brien told a Breeders’ Cup teleconference.

“The ground was good when he won the Grand Prix de Paris, but none of our horses got to run on Arc day and the ground would not have been ideal.

“Maybe that wasn’t much of a disadvantage, especially looking to this race. We always thought this track would suit him. He’s a pacey horse. He loves nice ground and a flat track.

“We’re happy with what he’s doing at home at the moment.”

O’Brien is also pleased with Magical, who has had a tremendous season with three Group One victories, though she he got stuck in the mud when bidding for back-to-back victories in the Champion Stakes at Ascot on her latest start.

“We’ve been delighted with her this year. She ran well the last day. The ground was very heavy in Ascot. She seems to have come out of the race very well,” he said.

“She did very well over the winter from four to five physically and we were looking forward to seeing her race this year. When she started racing, we thought she had improved again.

“She’s a fine, big mare and has been racing at the top level at two, three and four. I suppose we were delighted and hoping the improvement would be there.

“It’s possible this will be her last race, but I don’t know. She also has an entry in Hong Kong in December, so I suppose we will see how things go.

“What we usually do is we take them home and have a good chat about it 10 days after the race and see what we want to do.”

O’Brien expects Circus Maximus to have several things in his favour when he bids to improve on last year’s fourth place in the FanDuel Breeders’ Cup Mile.

“He’s been in good form since the last day. The ground in Ascot was very bad and it didn’t suit him,” said the Ballydoyle handler.

“He likes a nice surface and an even pace, a flat track and he loves to get into a battle. We think all those things might suit him.”

O’Brien also believes Lope Y Fernandez could find this race up his street.

“We think six, maybe seven is his ideal trip. We had a race in France on Arc day, a seven-furlong Group One (the Prix de la Foret) in mind for him and he didn’t get to run,” he said.

“We thought it would set him up for this race, so when we couldn’t run there, we ran him over six at Ascot and the ground was bad, but he ran respectably and we all thought the Breeders’ Cup Mile might suit him on a flat, easy track.

“We think it will suit him and will ride him a little bit patiently.

“Ryan (Moore) will have the choice and at the moment Circus Maximus is the highest-rated, but we’ll wait and see.”

O’Brien is looking forward to running Battleground in the Breeders’ Cup Juvenile Turf.

“He’s a fine, big powerful colt. He’s usually a good traveller, likes nice ground. He started early in the year, won at Royal Ascot and then he went and won at Goodwood,” he said.

“He was being prepared for the National Stakes and he coughed getting off the box, so we withdrew him and then we prepared him for the Dewhurst and with the ground the way it was, we said we’d wait.

“He has been in full training a long time and was prepared for two races in between he didn’t run in, so we think his fitness levels are good and high and he seems to be in good form.”

The Maker’s Mark Breeders’ Cup Filly & Mare Turf is Peaceful’s target and O’Brien is convinced the ground at Newmarket was to blame for her poor performance in the Sun Chariot Stakes.

“She’s in good form. The ground was very bad in Newmarket, probably the worst ground there for a very long time,” he said.

“We just felt it was too deep for her. She came out of the race well and we put her disappointing run down to ground.”

“We always felt this race was going to suit her.”