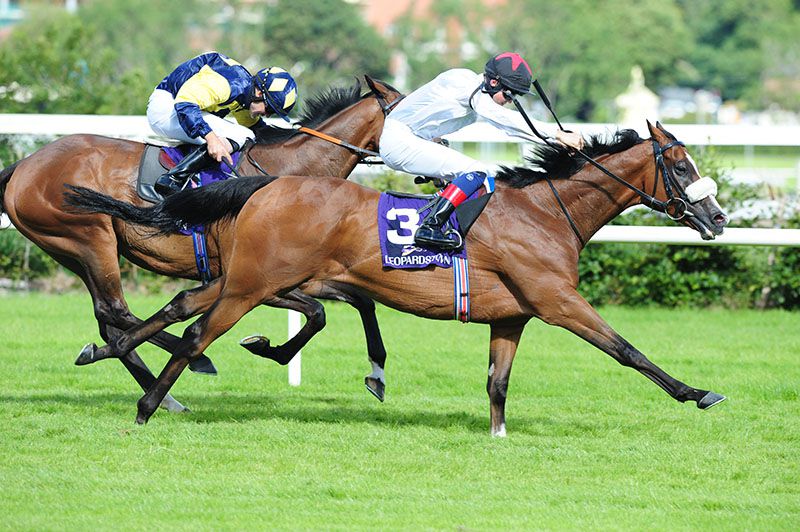 Bought for E10,000 at Goffs in October, the son of Authorized scored on his fifth start for O'Brien and Syndicates Racing, claiming the Apprentice Derby at the Curragh in June.

Dylan Browne McMonagle was aboard the seven-year-old on that occasion and he was reunited with the 14/1 chance today.

Settled in mid-division, the bay victor took closer order approaching the straight. He was ridden to challenge on the outer from the furlong pole and got to the front in the closing stages, going on to score by three parts of a length at the line.

Shanroe (9/2 into 3/1 favouritism) finished second under Robbie Colgan for Karl Thornton, while Dalileo (11/2) was another three and a quarter lengths back in third.

O’Brien, who was earlier on the mark with Thundering Nights, said: "Dylan gave him a great ride as he's a tricky customer.

"He was a bit keen the last day and was caught a bit wide. Today he got plenty of cover and came home well.

"The step up in trip suited and he could go for something like a Cesarewitch. He can go back over hurdles too."

* The Stewards requested a report from Joseph Patrick O'Brien, trainer, as to the apparent improvement in form of Tonkinese (GB), placed first, as compared with its recent run. Joseph Patrick O'Brien reported that his charge had run very keen, raced wide and weakened quickly in the Ladies Derby at the Curragh on it's most recent run. Having considered the evidence the Stewards noted the content of the report.

* M.A. Gallagher, rider of Allora Yeats trained by Miss Katy Brown, reported to the Clerk of Scales that his mount ran very flat.

* S. Foley, rider of Estijmaam (GB) trained by Mrs John Harrington, reported to the Clerk of Scales that his mount stopped very quickly.