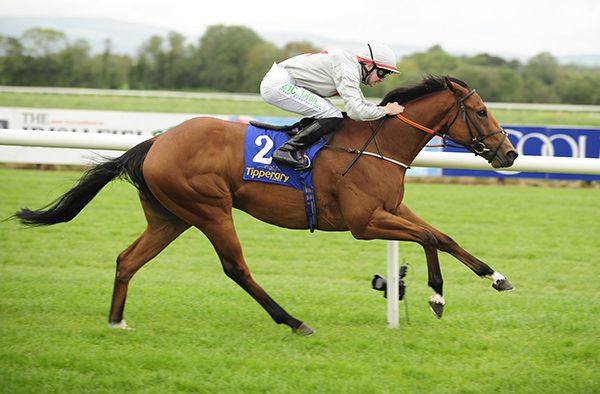 Jockey Oisin Orr doubled up at Tipperary when his mount Overheer took division one of the 45-65 handicap in Tipperary.

The four-year-old gelding tracked the leaders sweeping the home bend and was ridden to lead a furlong and a half out.

The 18/5 shot had the race won well inside the final furlong and took the honours by two and a half lengths.

Blankiedoodie chased him home at 8/1 and finished half a length in front of Olly's Folly at 16/1.

Joe Murphy said: "The reason we bought him is he is related to Ardbrae Lady who was second in the (Irish) 1,000 Guineas for me. He is from that family and is out of a Galileo mare and I hope he can improve from that again, and I'd say there is another race in him.

"He is a big block of a horse and he is versatile ground-wise; I saw him going to the start and he cut daisies and, when we ran him on soft he bent the knee so he is a clever horse."