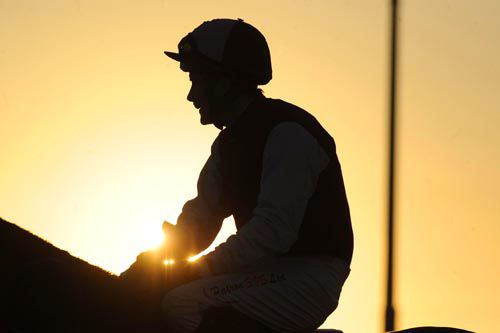 Very sad news this evening that nine-times Irish Champion Flat jockey Pat Smullen has passed away at the age of 43.

Smullen, one of the most popular figures in Irish racing, was diagnosed with pancreatic cancer in March of 2018 and while in the midst of battling the disease he helped raise over €2.5 million in vital funds for new equipment and cancer trials to aid in the diagnosis and management of the illness.

Born in County Offaly, on May 22, 1977, Smullen, the son of a farmer and who became involved with horses at the age of 11, went on to form a formidable alliance with master trainer Dermot Weld, taking over in 1999 from another riding great — Mick Kinane.

Among their greatest triumphs was the Derby at Epsom in 2016 with Harzand. The pair went on to secure the Irish Derby and cement the legacy of a rider who enjoyed his first victory at Dundalk on June 11, 1993.

As well as being crowned Irish Champion Flat Jockey nine times, he was also champion apprentice twice and rode over 1900 winners worldwide including 12 European classic victories.

Pat Smullen leaves behind his wife Frances and their three children Hannah, Paddy and Sarah.