Patience pays off with Guiding 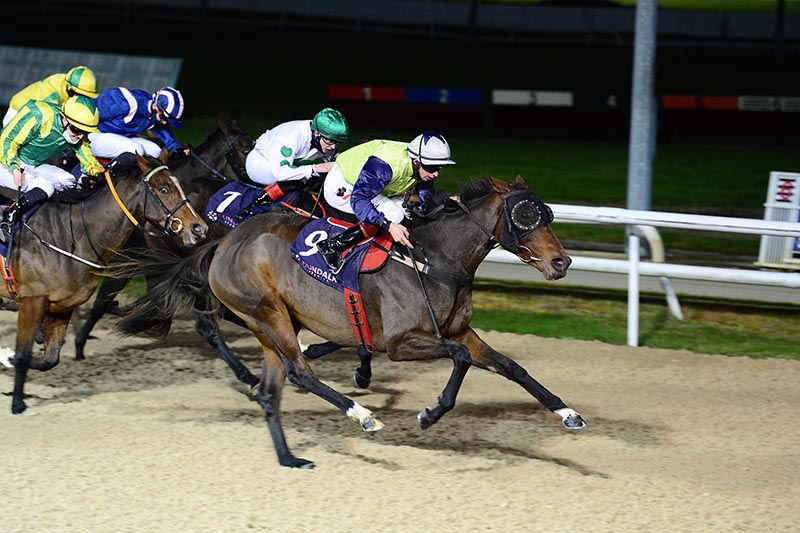 The second division of the 45 to 65 HOLLYWOODBETS Handicap at Dundalk went the way of the Shane Nolan-trained and Conor Hoban-ridden Guiding.

Market-leader Accessory failed by some way to come up to expectations, finishing last, and up front it was a couple of fillies that led the way home.

The Neil Cox-owned Guiding (missed the break), a daughter of Most Improved, beat four-year-old Dylan Thomas filly, Alice Milligan, by a length and a quarter.

At odds of 125/1 Royal Marksman took the third spot, a neck back.

“She lost her way a little bit. She's fairly genuine but is maybe just a little nervy in around other horses,” Shane Nolan.

“I gave her a couple of runs over hurdles and it hardened her up a little bit. The eye-shield probably helps as well as she can't see as much around her.

“Fair play to her owner who has stuck with her. Going off that hopefully there will be another day up here.

“She won well and Conor rode her fairly confidently. He took his time on her and she finished out well.

K.J. Manning, rider of Accessory trained by Patrick J.Flynn, reported to the Clerk of the Scales that his mount travelled well to the straight and then emptied.