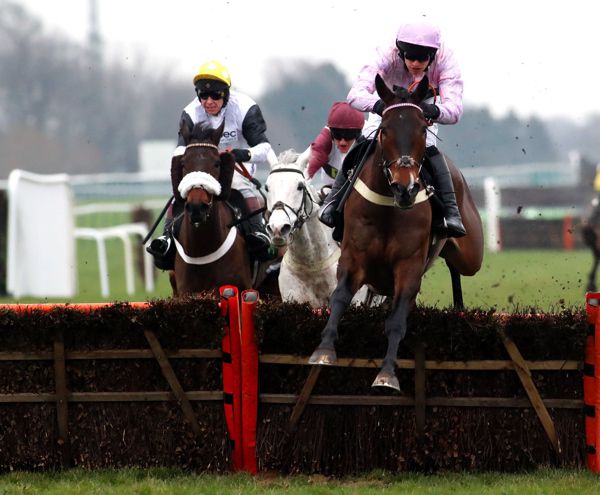 Global Citizen
© Photo Healy Racing
Ben Pauling is confident Global Citizen holds a strong chance in a wide-open Racing Post Arkle at Cheltenham next month — as long as the ground is not testing.

A smart hurdler, the eight-year-old put a lacklustre chasing debut behind him when winning the Wayward Lad Novices’ Chase at Kempton over Christmas.

Pauling intends to take him to Kempton for a gallop this week as his Cheltenham preparation steps up.

“He schooled very well on Thursday morning when David Bass popped him over three fences twice.

“We’re very happy with him but we could do with better weather for him. We’ll just get what we’re given.

“He’ll probably go to Kempton for a racecourse gallop on Tuesday, on the all-weather.”

Pauling has high hopes for Global Citizen in an especially competitive renewal of the two-mile novice championship.

“His form has worked out great,” he added.

“If he turns up in the form he was in at Christmas then I think he’s a massive player.

“Rouge Vif (second at Kempton) has come out and been very impressive in the Kingmaker. Brewin’upastorm is a slightly unknown quantity, because we haven’t seen much of him, but our lad has got to be there with a huge shout.

“You never know how the Irish form will work out in England, so it will be interesting. It’s an exciting race — it looks very open.”

Strict COVID-19 restrictions remain until May 5

Racing will not take place until at least next month after the government this afternoon extended the current COVID-19 restrictions until May 5.

Jessica Harrington would like to run Millisle in the Qipco 1000 Guineas this season — and is hopeful the speedy filly will get a mile.

Power not in favour of running Irish National later this year

Robbie Power has come out strongly against the proposed plan to reschedule the BoyleSports Irish Grand National to a date later this year.

4 Group 1's up for decision in Australia