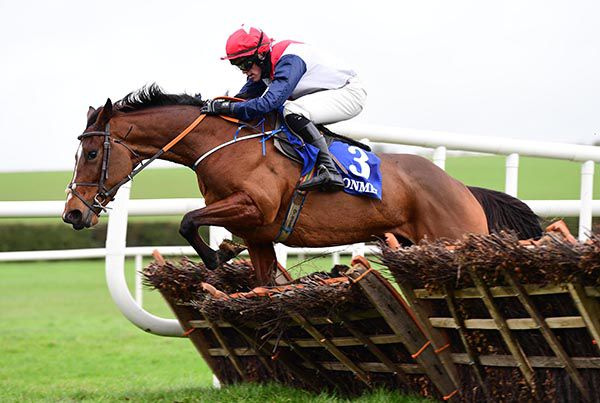 Quarry Lil provided her sidelined trainer Paul O’Flynn with a welcome boost when recording a second win this season in the Lisronagh Handicap Hurdle at Clonmel.

The Buttevant trainer was injured recently in a riding accident but the seven-year-old mare did him proud on this testing surface providing 7lb claimer Gary Noonan with his fourth winner under rules.

The 5/1 favourite made most and kept on strongly under pressure on the run-in to beat Just Another Lady by two and a half lengths, with De Milano keeping on well just a half-length further back in third.

O'Flynn was represented by his father Tom who said, "Paul had a bad fall riding out this day week so this is a good tonic. It will take time to recover but he'll be fine.

"She would have hated that ground and I thought Gary rode a smashing race.

"I'd like to thank everyone in the yard with the boss being out. They got us here today because it was a rough week."